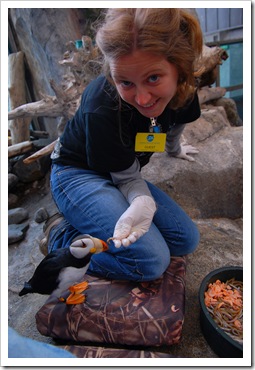 “It won’t be so funny if he starts courting you,” said the intern. Meagan and I were laughing because a puffin had just hopped on her leg. We were taking part in the Puffin Encounter Tour, one of the programs offered by the Alaska Sea Life Center in Seward, Alaska. This particular hour long tour involved learning about the sea birds on display and then getting a chance to interact and feed the birds. Apparently, feeding the puffins is serious business as the seemingly harmless birds can bite extremely hard; although there are two expert interns there to protect you. Other birds on display include common murres, pigeon guillemots, red legged kittiwakes, and the beautiful king eider. While other patrons were watching from normal viewing areas, we hand fed the birds an assortment of small fish and shrimp. Some of the long term residents were quite bold and would come right up to us like Nemo, the puffin that got up and personal with Meagan.

“The Alaska Sea Life Center is dedicated to understanding and maintaining the integrity of the marine ecosystem of Alaska. We achieve our mission through research, rehabilitation, conservation and public education,” states their mission. Following the Exxon Valdez oil spill in 1989 which resulted in the loss of countless marine life in Alaskan waters, the people of Seward vied for the building of a center with a portion of the settlement paid by Exxon. Two thirds of the cost of the Center was paid for by that settlement, and it remains today the only rescue and rehabilitation center for marine life in the state. Injured marine mammals, birds, and fish are flown in from thousands of miles away to be rehabilitated and hopefully released in the place they were found. The number of rescues increases during the summer, and just that week the Center had received five seals. The day of our visit an abandoned harbor seal pup arrived. 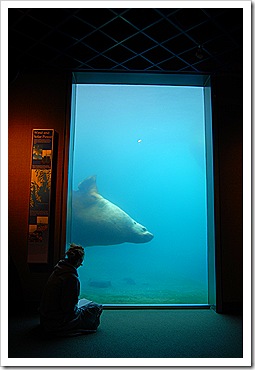 The Alaska Sea Life Center is the only public aquarium in Alaska, a state with more coast line then the rest of the U.S. combined. Guests can view numerous displays covering a wide range of marine life native to Alaskan waters including sea lions, harbor seals, sea birds, numerous fish species, and other temporary guests. One of these is named Skittle, an adolescent sea otter recently rescued. After his rehabilitation is complete, he will be sent to a local zoo to be put on display as he cannot be returned to the wild. Celeste, Kristen, Meagan, Nels and I also participated in a Behind the Scenes Tour. We were shown behind closed doors the working units of the facility including the kitchen, rescue and rehabilitation areas, and research and monitoring areas. One success story involves investigating 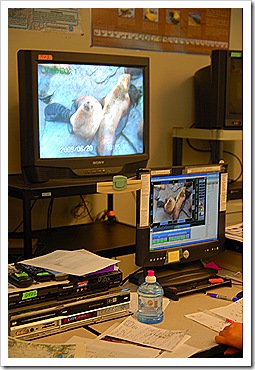 the increase in deaths in the local sea otter population. The center found that a local fish processing factory was dumping its waste into the ocean. The fish waste contained many fish parasites, which were in turn infecting the otters turning up for a free meal. After this discovery the factory began to either boil or freeze the waste prior to dumping, resulting in an immediate decrease in sea otter deaths.

The star of the Sea Life Center is Woody, the male Stellar Sea Lion weighing over 2000 lbs. His current girlfriend is Kiska, but the other female and former love interest is named Sugar. Feeding mammals of that size requires a lot of food. The Sea Life Center goes through approximately 120,000 lbs of food per year to feed its’ residents. It’s not any seafood either, as the animals here are fed “restaurant quality” food, same as the tourist seafood restaurants down the street. Our first stop during our visit involved sitting in as guests for a presentation on Sea Lion breeding. In studying the populations, researchers are trying to come up with a non-invasive way of finding out whether or not the wild females are pregnant. The current study involves collecting feces and to test for hormone levels. If successful, this would be a very non-invasive method indeed.

Thanks to the informational and helpful staff at the Sea Life Center for a great day. The people and the Center are doing a lot of good for the marine life in Alaska, and we’re happy to be able to learn a little bit about their daily trials and tribulations.

If you wish to support the Alaska Sea Life Center please click here to donate.

Many more photos from the Alaska Sea Life Center… 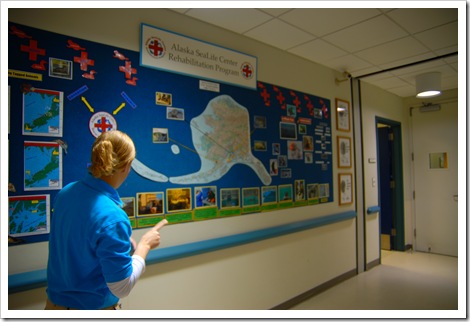 Our behind the scenes tour guide explaining the location map of the rescued marine life. 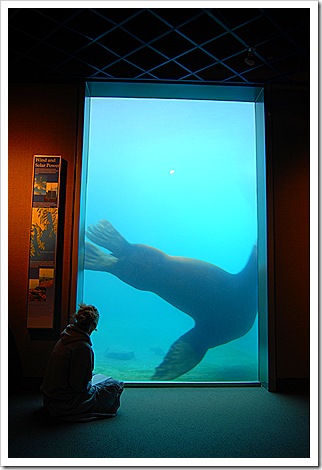 Woody makes a pass at Kristen. 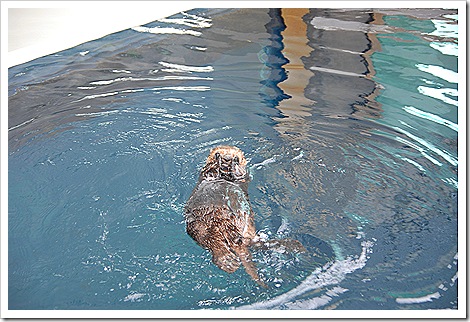 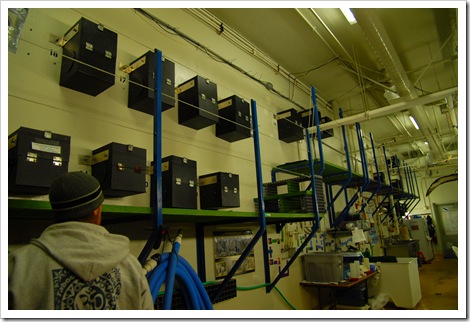 Checking out the nest boxes behind the sea bird enclosure. 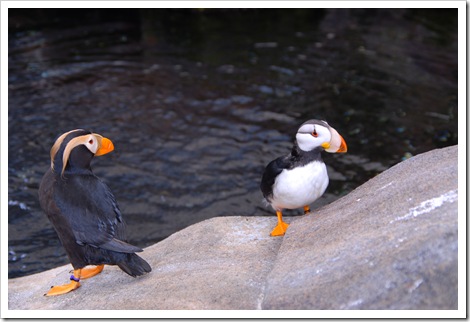 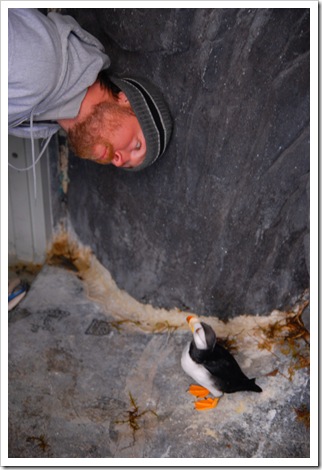 Nemo and I have a staring contest. 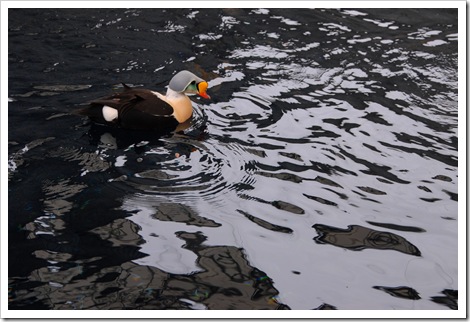 A King Eider classing up the exhibit.