Over the last two years we have met with many organizations, doctors, leaders, locals and other people trying to get a real picture of what is happening all over the world. The world is full of issues and difficulties, but we met many people out there working daily to help others and make the world a better place. We have highlighted a few here, and over the second half of this year we will be working on getting all of the video segments and detailed information up online so that all of you can learn more.

Our hope is with the speaking tour we can help these organizations and many others get more exposure and hopefully some new volunteers to come help them do their work. 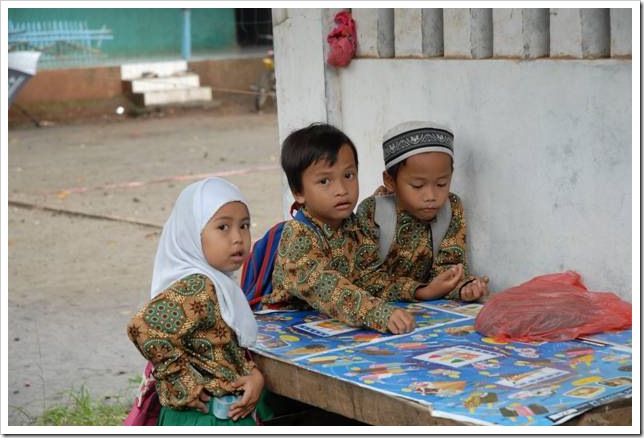 Australian Aid took the time to tour us around their project building schools all over Indonesia. One of the main problems with education in the country is that local villagers have no means of transportation to get to school in the morning. While the primary schools are close enough to the villages for the children to walk (about 3-4 miles), any schools above that level are too far away for the children to make it to school each day. With an average income of $7 per month, even a scooter ride is too expensive. AUSAID is building more and more schools with the help of the Indonesian people helping to bring a higher level of education to the masses.

The most amazing part of the project is that the villages build their own schools and manage them, so it is an entirely local and sustainable program. Watching the children, who had walked through mud all day to come to their broken down packed classroom with no power, really shows how important education is to these children. Maybe when we go tour around to the younger kids in the USA, we can show them just how lucky they are to have classrooms with computers, lights, desks, notebooks and more. If only our kids were willing to walk 4 miles in the pouring rain to learn. Hopefully our story will give them a kick in the butt! 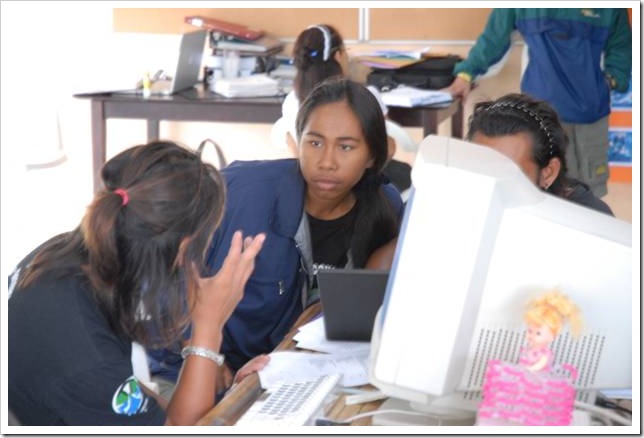 When the Tsunami hit Thailand, Khao Lak was hit the worst with over 8,000 lives lost. This area of Thailand has a particularly low grade to the coast, so the wave was able to travel much farther inland with much more force. It even carried an iron police boat inland over 2 km that was guarding the kingâ€™s grandson, who also lost his life. The devastation to this area was much overlooked by the media for the more known tourist area of Phuket; however, one American expat decided to take it on as his project. Reid Ridgeway was in Thailand as a dive master at the same time the disaster happened. He searched and searched for a friend of his who he thought had surely died there in Khao Lak. After a handful of horrifying days not knowing where she was, he finally found her, but the impact those days had on his life brought him to want to help the Thai people.

He formed the ETC with his friend and the two of them have been training local Thai people to become divemasters, computer skills and the English language since then. It is a true success story of how a small organization can have a huge difference. Some of the new students donâ€™t even know how to swim, but many eventually go on to become dive instructors, teaching more local Thai people to become divers. So instead of giving all of the good jobs to expats in the diving industry, Reid has given them back to Thai people. And these young Thaiâ€™s now work hard to protect the reefs and help build the community around Khao Lak. 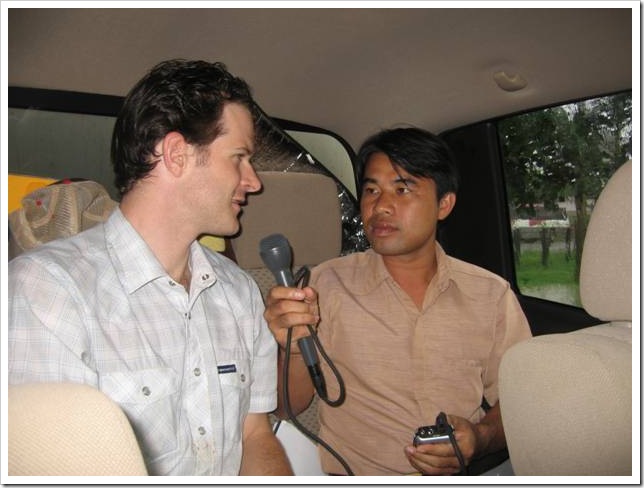 In Laos, radio and media in general has been owned and run by the communist government for many years. However, since Laos ended communism the local people still do not know how to be investigative journalists, as they were always just fed the news by those in power. Swedish Aid realizes that the only way to have a stable, democratic government is with open news media, so they take the time to teach locals how to run a real news program. We met with them for a day and they interviewed us while practicing the skill of recording an interview in moving Tundra. It was a lesson for them and a lesson for us as well. Our media, while biased sometimes, still tries to address issues in our society and helps to question what he government is doing. Swedish Aid is working to give this right to everyone in Southeast Asia.

The sanctuary trains orphaned elephants to aid in the relocation of wild elephants. Malaysia is starting to take a more proactive approach towards protecting endangered animals

The desertification of the Aral Sea represents probably the largest man-made ecological disaster of our time and although the affects are far reaching, Moynaq is a very visible representation of just how much the receding waters have affected the lively hood of thousands of people.

Some other organizations of note that we have met with

Ã˜ USAID all over the world and the organizations they fund

Ã˜ Deforestation and Land Management with Natureâ€™s Conservancy in Ecuador