Book of the Week:  “The Old Man and The Sea”- Ernest Hemingway

The Old Man and The Sea 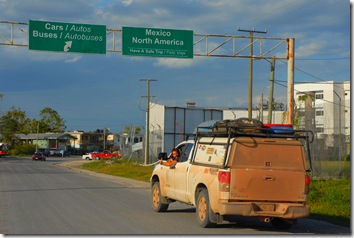 As we awoke on Sunday we said farewell to Placenia, Belize for a day on the road.  We traveled from southeast Belize to the eastern city of Tulum, Mexico.  Our 10 hours in the trucks were broken up by a really smooth border crossing in which the Steve’s, for the first time in the entire expedition, didn’t have to do anything with the trucks.  No registering, no paperwork, nothing.  They’re still smiling about that.  On Monday we walked around downtown Tulum and then headed to a sinkhole with exposed rocky edges containing groundwater, called Casa Cenote, for some swimming and snorkeling.  Tuesday we checked out the Tulum Ruins, and admired the picturesque site located on the Caribbean Ocean.  In Maya, Tulum means “Wall”, and the city was named this because it is a walled city, one of the very few the ancients ever built.  Wednesday the certified scuba divers were accommodated by Maya Diving and swam in a cen 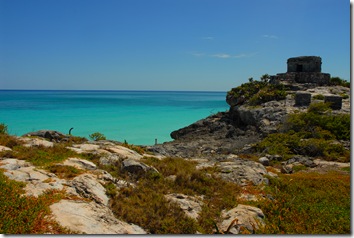 ote called, Dos Ojos.  Steve Bouey said, “I’ve never experienced anything like this before scuba diving.   It felt like I was an astronaut, just kind of floating around in space.”  From scuba diving we took the quick trip up to the resort town, Playa Del Carmen.  The difference in the two towns is amazing, with Tulum being an old, traditonal town, and Playa Del Carmen being completely commercialized.  Small taco stands in Tulum quickly turned into Burger King’s and McDonald’s in Playa Del Carmen.

Thursday marked another day on the road as we trekked 6 hours from Playa del Carmen to Merida and checked into the Nomadas Hostel.  It was here that I truly understood how small a world it is, for right in the entrance was one of my Dad’s old buddies, Bob Karlstrand, who has been traveling around the Yucatan Peninsula for the last 4 months.  It is a small world, indeed.  Friday we had the pleasure of touring the Papik factory, which deals with the entire process of cultivating to the processing of habanero pepppers.  These peppers, grown in the Yucatan Peninsula, are very distinctive due to the characteristics of flavor, aroma, pungency (hot degree) and color, and are due to the natural factors of soil, clima 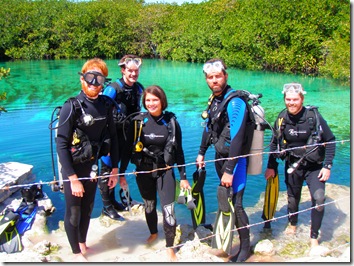 te, and humidity in this region.  From the factory we visited the Mexican government agricultural testing center, and there we found that the peppers grown in the Yucatan have been scientifically analyzed and are the hottest in the entire world.  From the center we went to a local Merida restaurant and were treated to many local, traditional dishes that are cooked using many habanero spices.  The food was amazing, and was a great finish to yet another crazy week for The World By Road crew.