I know that we have posted a few blogs about our current financial situation recently and some of you are probably getting sick of it. The bottom line is we are struggling, but that is not going to deter us from finishing what we set out to do and that is to drive around the world, regardless of the reason. Unfortunately for us, we decided to drive around the world in an era of rising fuel prices and a declining US dollar. In fact, you might call it the perfect storm. However, if rebels in the Congo can not hinder our progress, you can bet that this little economic weather front will not stop us either, even if it feels like a category 5 hurricane right now. 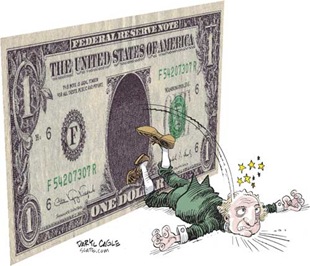 To put everything in perspective, since I have been here in South Africa, one of the last apparent safe havens for the US dollar, the value of the dollar has declined about 8 percent to the South African Rand. At the same time, local fuel prices, which are controlled by the South African government and are set at a fixed price on a monthly basis, have increased about 6 percent. It has pretty much been the same in most of the countries we have traveled in. When we were in the Congo, we watched the value of the dollar drop nearly 20 percent compared to the Central African Franc and the fuel prices in Europe have risen enough to lead to massive transportation strikes in several different countries. Unfortunately, there is not much we could have done to either predict how much fuel prices would increase over the course of the expedition, or predict how bad the US dollar would get pummeled on the foreign exchange markets. Overall, the combination of rising fuel prices and the declining value of the dollar has increased our overall expedition costs by approximately 20 percent. On a trip of this scale and proportion, that 20 percent amounts to a significant amount of money. So, if you are contemplating a jaunt around the world, Alan Greenspan’s advice might be just as important as what type of vehicle you choose. 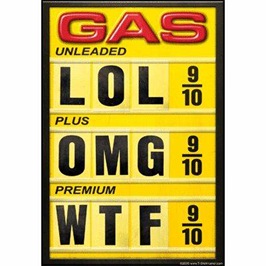