As the The World by Road Dakar Rally (TWBRDR) enters its second week the route has us now in country number three on the way to Senegal. To be exact, we are currently in Fes, Morocco. We actually made it as far south as Casablanca, but have backtracked northeast through Rabat to get some more onward visas (Mali only took two hours – whoot, whoot!) and decided to drive further east to Fes to celebrate Shoppman’s 29th birthday on the 17th in true Moroccan style. Technically, in a rally of this nature you are forced to backtrack a bit in order to ensure that you take the best route possible and to keep the competition guessing and the last time we checked, we are still in the lead. 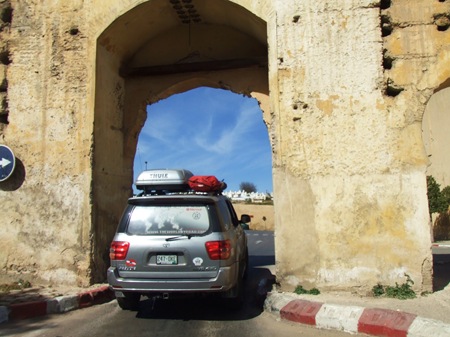 Fes is a pretty awesome place and the winding alleys of the Medina are a great place to get lost among spice vendors, vegetable stands and tanneries. Unfortunately, I do not think that you are allowed to drive through the Medina itself, but yesterday we somehow managed to do just that. In looking for a place to stay, we soon found ourselves in an alleyway that continued to get narrower and narrower the deeper we drove. We soon found ourselves past the point of no return. It would have been extremely difficult to back out given how far we had come and although the path in front of us looked impassable, the friendly local Moroccan, Abdul, who joined us for the ride reassured us that we would be able to make it through. As it turns out, Abdul knows quite a few people inside the Medina and one of them was kind enough to run point for the trucks as we drove through vegetable stands and fruit vendors. This guy was amazing. With a single swoop he cleared small children and the elderly from the path of the massive Toyotas rumbling down the Medina and made sure that not even one zucchini or stray mint leaf bushel was smashed under our tires. The whole event was kind of like watching Charlton Heston part the Red Sea in the Ten Commandments but in this case, we had a front row seat. 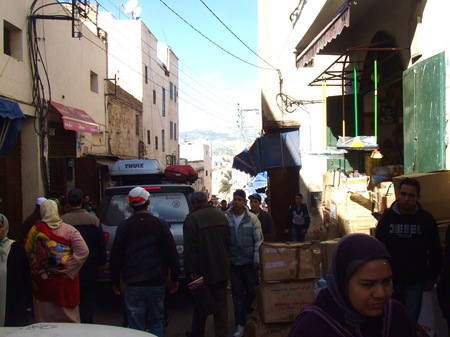 Are you sure we can drive through here? 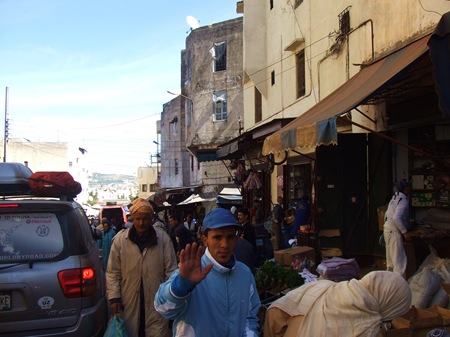 This guy seems to think that otherwise 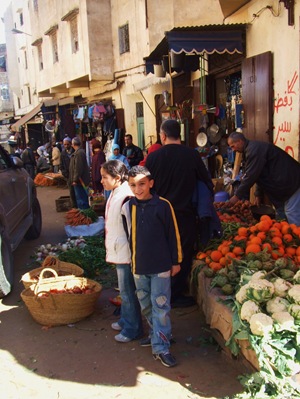 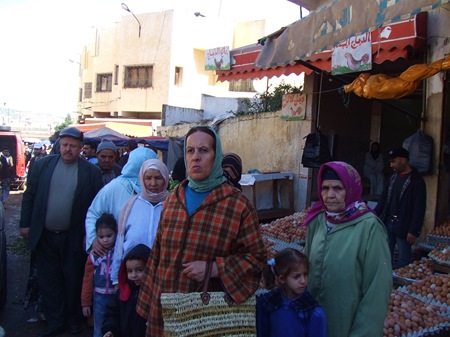 People stand and stare in amazement… or disapproval

After about half and hour and another five to stop and buy a kilo of strawberries from the rear passenger window of Little Pepe, we made it out of the Medina and into wider streets. It was quite an experience and surprisingly enough, we did not manage to piss anybody off. In fact, we received a lot of complements about the trucks and even a few shouts of “viva le Paris-Dakar” after which we replied back “viva le TWBRDR (twiber-dee-are)!” We wound our way around the Medina once again and found out where we were headed but not before convincing Abdul that we were all truly nuts because we wanted to run the gauntlet of street stalls again. Some people in the Dakar Rally get bogged down in the sand… we got bogged down in people and vegetables. It just goes to show you that the TWBRDR requires just as much, if not more, skill behind the wheel. Next up on the rally, back to Rabat for some more visas, back to Casablanca to drop a few passengers off and then the wide open expanses of the western Sahara Desert. 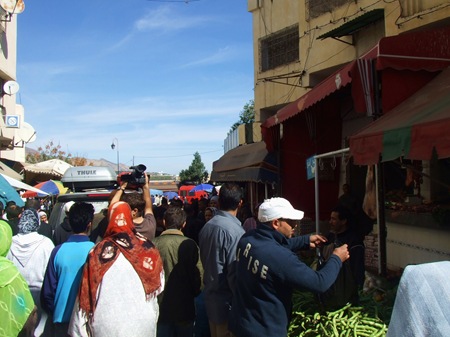 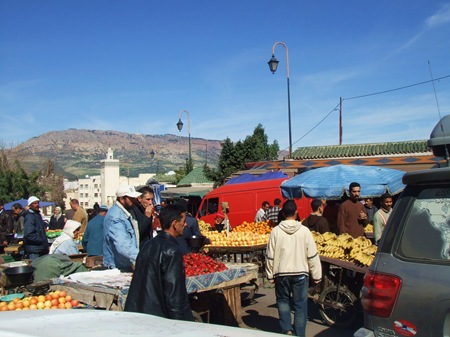 This entry was written by Steve Bouey, posted on February 18, 2008 at 10:37 am, filed under Expedition Updates, For some laughs, Morocco, World News and tagged Dakar, Dakar Rally, fruit markets, Lisbon, Morocco, Portugal, Senegal. Post a comment or leave a trackback: Trackback URL.