Here we are. Casablanca, Morocco. Africa. We have entered a new continent, and even though it is only a short ferry ride from Algeciras it feels and looks like another world compared to Europe. For most of us, Morocco is our first exposure to Africa, and so far everything has been going great. The ferry ride across the Straight of Gibraltar was a little rough due to weather which I also presume was the cause for the 11 hour wait on the dock in Algeciras. The wait at the dock did, however, allow us some time to clean out the trucks a bit, fry up some peppers and watch a few episodes of Flight of the Conchordes. 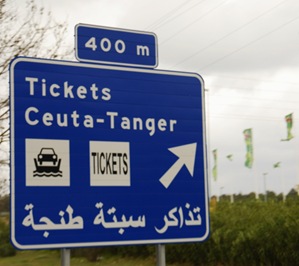 At least some signs in Morocco are in English because for us, Arabic might has well be graffiti

Morocco is a curious place and although we are technically in Africa, Morocco seems to conjure up for me a lot of memories from Central Asia. Maybe Morocco reminds me of Central Asia due to the overwhelming presence of police and their roadside checkpoints, but I think it has a lot more to do with the people, sounds and smells. Everyday clothing is exotic, extremely different and not unlike the typical attire we encountered in Central Asia. The only real difference seems to be that the robes in Morocco serve more to keep you cool than protect you from the cold. In Morocco, once again we find ourselves sharing the road with “alternative” means of transportation. The people in Morocco have been warm and welcoming and after building our French vocabulary while working on the Tundra with the boys at FOXY, we are finding it easier than we thought to get around, communicate and make new friends. Last but certainly not least, the noise from bazaars and bustling outdoor markets is finding its way to our ears once more and the overwhelming variety of Moroccan cuisine makes dining out an adventure every time. 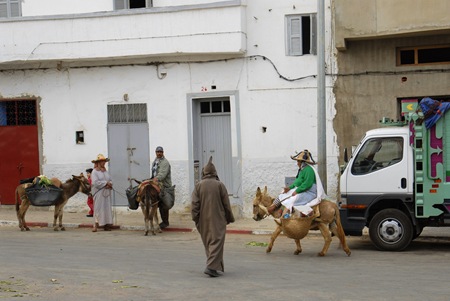 Is that a Jawa from Star Wars or a Moroccan cruising in a jalabiyah? 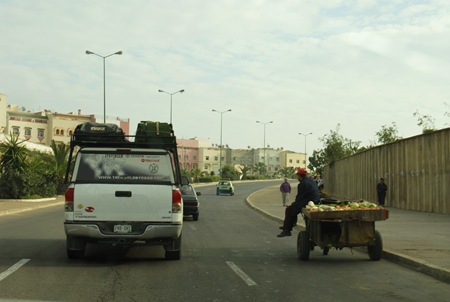 Sharing the road through Rabat 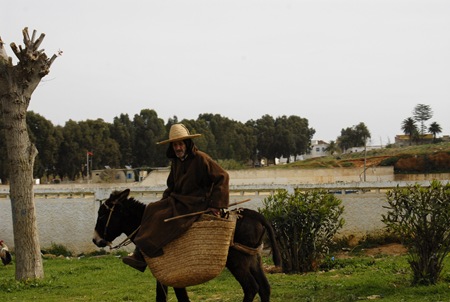 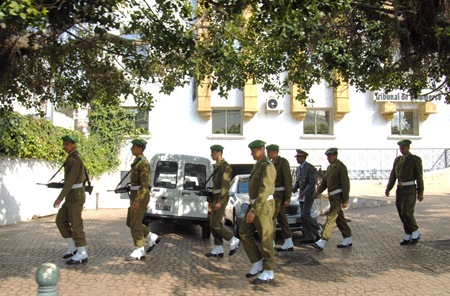 Did we make a wrong turn and end up back in Uzbekistan? 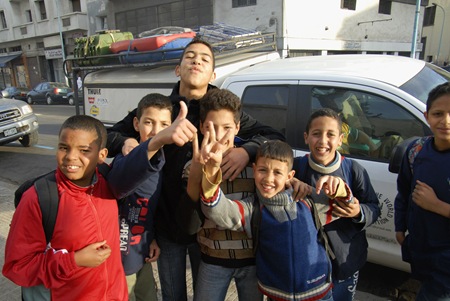 “… the beginning of beautiful friendship” in Casablanca

The prices here in Morocco are also reminiscent of Central Asia… fuel is back below $5 per gallon and a side splitting meal will only set you back a few bucks. I can only hope this is where the similarities end because Morocco will also be home to our African visa chase… the seemingly endless running around to secure as many visas for our onward travel as possible in the shortest amount of time and in Central Asia, it felt like the only chase we were on was one for a wild goose.

This entry was written by Steve Bouey, posted on February 16, 2008 at 6:08 pm, filed under Morocco, Trip Thoughts and tagged Africa, Algeciras, ferry, Morocco. Post a comment or leave a trackback: Trackback URL.