Quote of the Week: First day, for newcomers Kristen and Meagan, using the CB’s in the trucks:
Steven Shoppman: “Sequoia to Tundra, are you there?”
Kristen Magnuson:  “Yes, we exist.” 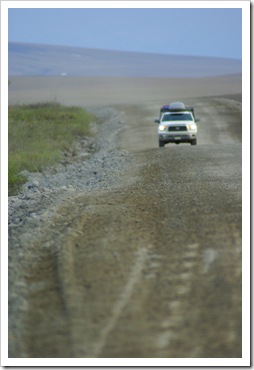 Perseverance is defined as a steady persistence in a course of action, a purpose, a state, especially in spite of difficulties, obstacles, or discouragement, and that is exactly what we had to do to make the voyage on the Dalton Highway from Fairbanks to Prudhoe Bay, Alaska.  To reach the farthest north point on the Pan-American highway we had to take the 1,000 mile roundtrip, mostly gravel road, that really put our driving skills and minds to the test.  It is a desolate highway that doesn’t see many tourists, usually just semi-trucks making their trek north.  We endured and made it to Dead Horse, and to tell the truth, it felt beyond bizarre and kind of empty.  We had driven for the better part of a day, on a terrible road, coupled with the never-setting sun, and in the cold and came to an oil field in the middle of the tundra.  Usually such a voyage ends up somewhere beautiful or breathtaking, and this was neither, but as we’ve all learned from this expedition, one has to take the good with the bad, and that its all apart of the adventure.  We made it, however, and that is what makes all the difference.  This feat gave us the distinction as the the first overland expedition to reach the farthest north and south points you can drive on the continents the expedition has been on, and will aide us in our attempts to reach our long-term goals.

The cheapest hotel room, in this northern city, was $190 a night, so we were forced to camp on the open tundra in freezing temperatures, and had to awake early to catch a bus tour for the last 6 miles of the road that is owned by BP.  We contacted everyone we could think of, but it was to no avail, for they would not let us drive the BP owned road for the obnoxious reason of a security concern.  We pleaded our case, but no one would listen, and were forced to each pay $40 to take a bus tour the last six miles.  I find it very Interesting, however, that on the last security gate before the road turns private there is an advertisement for the bus tour.  Do you think BP may have a deal with the tour company to suck even more money out of the people who visit here?  I certainly do. 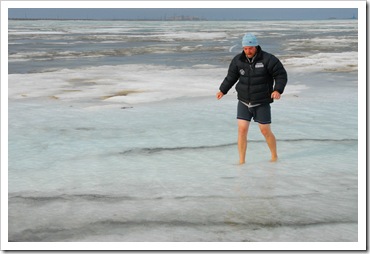 We made it to the Arctic Ocean, took some video and some photographs, and even watched crazy Craig walk into the calf-high water that was on top of the ice.    We finished the tour, took our trucks to the very last inch of public road to hear on our CB a guard in the Security Gate yell , “Security Gate 1, Security Gate 1.” That was the last straw, we’d accomplished our goal, had enough, turned around and put Dead Horse in our rearview mirror.

We took off south to go another round with road, and made our way to a campsite right on the Arctic Circle.  From there we were graciously accommodated by Pike’s Waterfront Lodge in Fairbanks.  A hot shower, great meal, and a chance to relax was exactly what we needed after our latest adventure.  Across the street from the hotel is the Fairbanks Airport, which helped bring us two new World By Road crew members, Kristen Magnuson and Meagan Hodge.  They hold the same spirit of adventure, and know they’ll be a great addition to our crew. 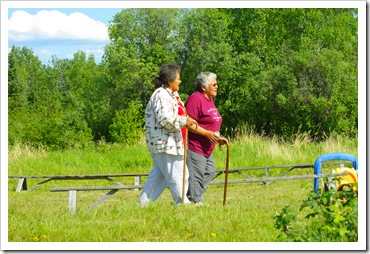 From there we headed south from Fairbanks to the historic community/Athabascan Native village of Nenana, where we set up camp on the Nenana River.  We then were able to go to the Old Minto village located in Interior Alaska, on the banks of the Tanana River, a tributary of the Yukon River, about 50 miles south of Fairbanks for a potlatch. The village has no road access, so we took a 30 mile boat trip down to their camp.  The Athabascan camp was filled with great energy, sense of community and hospitality.  Food preparation of moose and fish were happening in various areas, and the joy, showcased by wide smiles,of the children playing together was amazing.  We were very lucky to have had the opportunity to meet a lot of great people there, and look forward to visiting them again.

We took the boat back to our campsite and once again, watched the sun not set, but rather “slide” across the sky.  Our heads found our pillows, and got us ready for our short drive to Healy for Alaskan wilderness adventures with hunter/trapper/guide Coke Wallace.

Photo Exhibition Of The Week: 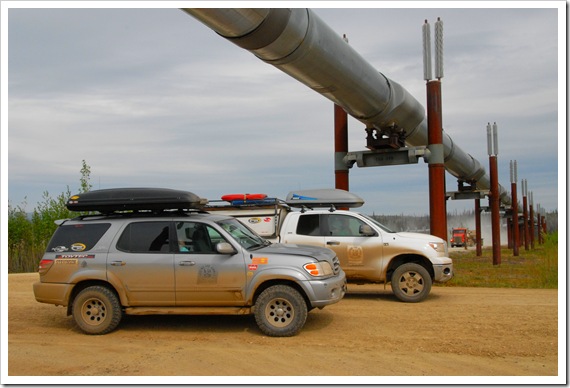 The trucks under the Alaska Pipeline 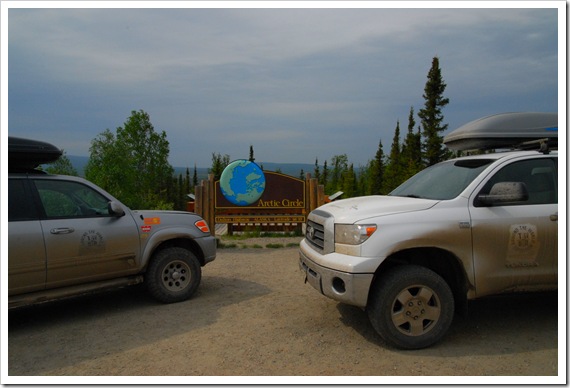 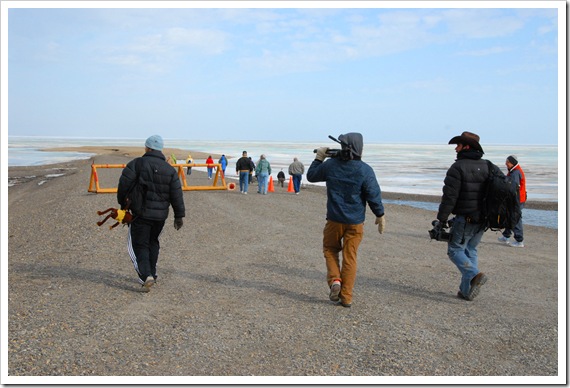 Heading to the Arctic Ocean 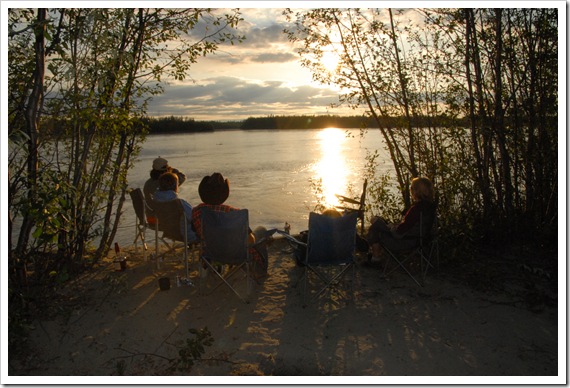 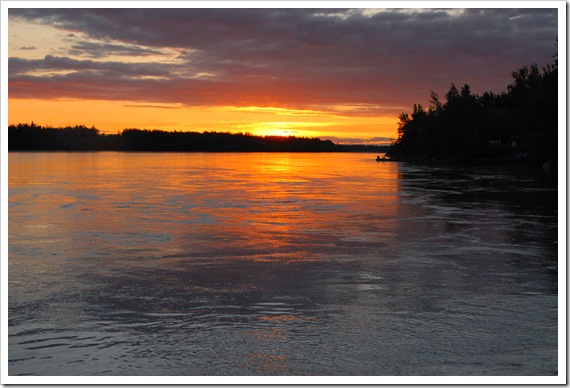 The sun as it “slides” 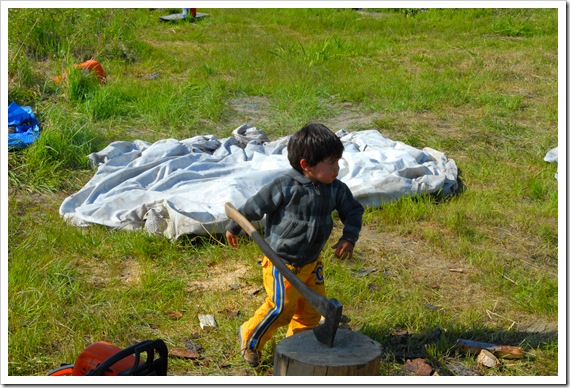 Much admiration.  A possible future lumberjack. 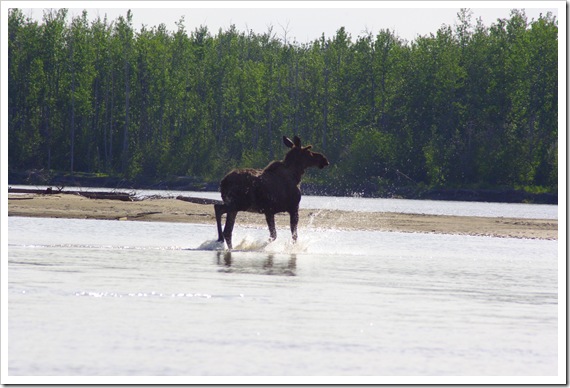 A moose after a swim across the river