For those of you that don’t know, the famed Pan American highway isn’t exactly a complete run from Alaska to southern South America, the road unfortunately lacks roughly 57 miles between Panama and Colombia.  The reason being: a 3,000 sq/mi. area known as the Darien Gap.  The main hindrance to building out these last measly miles is the gap’s composition of several harsh geographical terrains–ranging from low-lying wetlands in the northern reaches of Colombia to a dense, mountainous rain forest at the southern end of Panama.  It is also was TWBR’s main hindrance as our final shipment of the expedition!  However, the good news was getting to spend a few extra days in one of the most picturesque cities on the continent: Cartagena!

Over the past few years, the city, it’s people and it’s surrounding attractions have all been praised by countless travel publications making it a “must-see destination” and for once, I could not agree more.  We were hosted at Casa El Carretero, one of the city’s few boutique hotels.  The converted three story space has been perfectly redone and here, attention to detail reigns supreme.  The owners have outfitted their creation with a superb staff who made us feel completely at home. Over the 5 days we stayed, we could not have been made to feel more at h0me, and was exactly what we needed after the long hot days pounding the pavement dealing with all the dreaded agencies that make up the shipping industry. 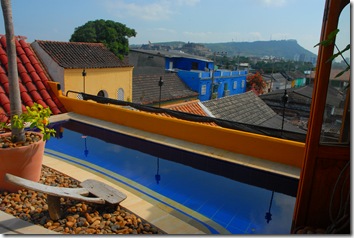 But at least the relaxed Caribbean atmosphere helps to keep everyone’s head on straight while running errands and then when that is all done you can just sit back and watch as the city really comes to life after dark.

The sun begins to set around 6pm, and the minute it does, when the day time temperatures of 100+ begin to cool off it seems as though the entire city has finally agreed to abandon the shady confines of their homes and fill the streets.  This couldn’t be more true in our residential neighborhood of Getsemani where Cuban infused Salsa music barely drowns out the kids’ laughter and giddy shrieks dominate the last 6 hours of the day while they ride bikes, skateboards and even donkeys through the narrow streets.  You can quickly sense the true camaraderie among the neighbors and it is really something special.  While the kids are running amok, their elders chat quietly over supper as they, too, are taking it all in. 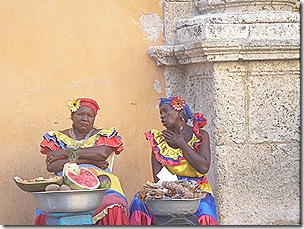 Over the past few years, the city, it’s people and it’s surrounding attractions have all been praised by countless travel publications making it a “must-see destination” and for once, I could not agree more.  As it is a port city situated on the northern Colombian coast, it maintains a spicy blend of both Caribbean and Latino influence.  It’s a very unique place where not only does sexiness and confidence abound, there is also inherent feeling of general contentment.  I enjoy anywhere a society is comfortable enough to leave all street level windows and doors wide open for people to come and go and to give passersby a little sample of their family flavor! 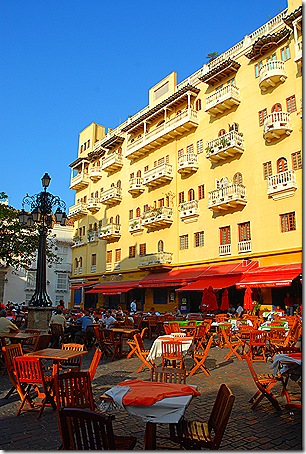 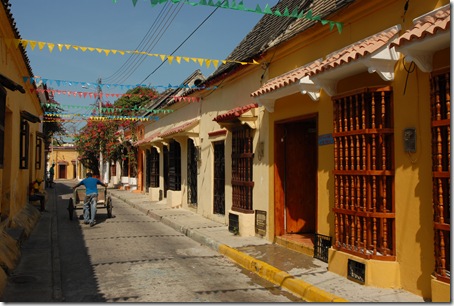 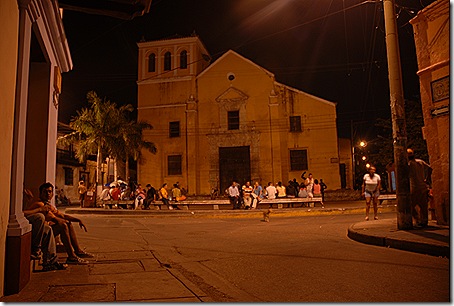 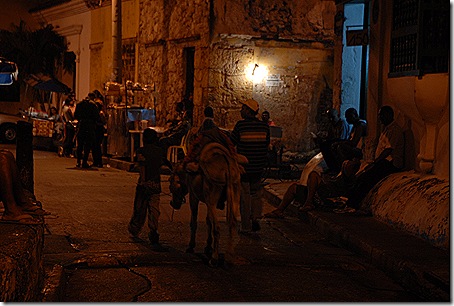