Quick Update From the Road 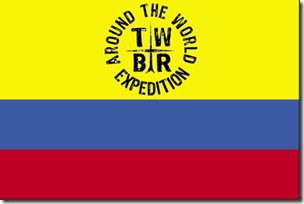 Hello everyone, just wanted to fill you all in on what has been going on over the last few days. Currently, we are smack dab in the middle of Colombia in the amazing city of Medellin. Many of you may have heard of Medellin as a result of one of its most notorious residents, Pablo Escobar. Well, Pablo has been gone from the scene here for a while and as a result of a prolonged crackdown on crime and gangs by the current Colombian President Alvaro Uribe,(who also happens to hail from the area), Medellin is now a safe and surprisingly cosmopolitan city. Less than a decade ago, people were afraid to leave their homes for fear of being kidnapped or killed but now, they can not wait to get outside and enjoy the beautiful weather, a stroll through one of Medellin’s many lush parks or shop in one of its many modern malls. We have been in Medellin for the last three days and enjoying our stay at the Black Sheep Hostel but the trip must go on and tomorrow we are headed north toward Cartagena on the Caribbean coast where we hope to have the Toyotas on a container ship bound for Panama on the 19th. 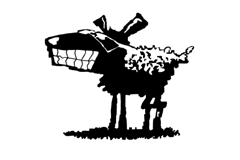 Colombia has been a great and stunningly beautiful country. We spent a crazy first night in Pasto, chilled out in cool Popayan and spent a few days in Cali. Contrary to what many people think, Colombia is actually a pretty safe country and we have felt safe the entire time. The marketing people the Colombian board of tourism hired did a clever job in coming up with the current tourism promotion campaign and although a bit cheesy, it is pretty accurate that “the only thing you have to fear in Colombia is wanting to stay longer.” There is a large police and military presence in the south and central valleys, and although the military is there because the FARC is there, you have comfort in knowing that the chances of something going down with so many armed personnel around are pretty slim, especially when a Colombian soldier is pointing a 50 caliber machine gun at your car while they are checking your papers.

We did have one unfortunate run in with the darker side of Colombia but it could have happened anywhere we have been, including the United States. One night in Cali, someone decided to drill out the lock on the driver’s door of the Tundra, but fortunately they were not able to get into the truck itself. However, the thieves did manage to make off with the Warn winch that was mounted on the Sequoia. It could have been worse and in the grand scheme of things, it was not that bad… unlike the robbery in Kazakhstan, I was over this incident in only a few hours. I think the worst of the roads on the expedition are behind us so although the winch was expensive, it  is not necessarily an essential piece of equipment for the rest of the drive home. So, that quickly brings you up to date. We have been spending a lot of time trying to figure out how to get the trucks around the Darien Gap, so we will have some more detailed blogs up once we get to Cartagena and get that whole process sorted out. Next stop, Caribbean Coast!