There is no doubt about it. La Paz, Bolivia is one of the craziest, most interesting cities I have ever been to. No other city seems to generate as many questions or spark more curiosity than La Paz. Sitting at just under 12,000 feet above sea level, the altitude alone makes La Paz a unique place and as a result, it is home to the highest pretty much everything. La Paz is the highest capital city in the world, although Sucre is still the constitutional capital. In La Paz, you can tee off at the highest golf course in the world, land a plane at the highest international airport in the world and up until 2002, eat a Big Mac at the highest McDonalds in the world although you can still eat a Whopper in La Paz at the highest Burger King in the world. 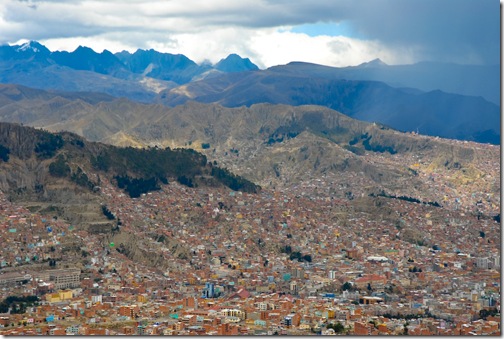 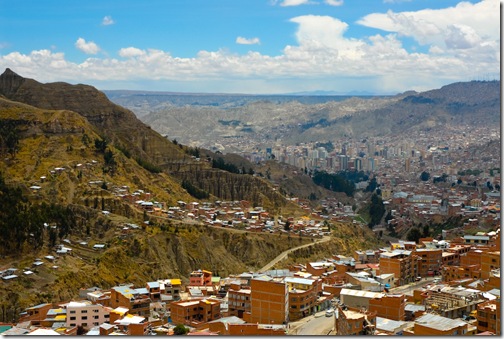 It is not just the elevation that sets La Paz apart from other cities worldwide, because once you come over the hill through the suburb of El Alto and catch your first glimpse of La Paz from the Autopista, your jaw drops at the sight of one of the most visually and topographically unique cities in the world. There are an estimated 1.7 million people living in La Paz and the surrounding suburbs, but when you look down on the city from the surrounding hills, it looks much, much bigger. The city runs the length of a canyon carved out of the Andes by the Choqueyapu River and creeps up steep hillsides in every direction in a way that seems to defy architectural logic. La Paz also contradicts many other municipal norms. Unlike most other cities in the world, the lower you get in La Paz, the more affluent the neighborhoods become. Typically, the rich tend to build their expansive homes on the hills overlooking the rest of the city but in La Paz, the hills above the city center are covered with the makeshift brick houses and buildings of those less economically fortunate than the people living below, especially in Zona Sur. The hills surrounding La Paz have so many buildings and structures covering them that it almost looks fake, like a miniature from a movie set. 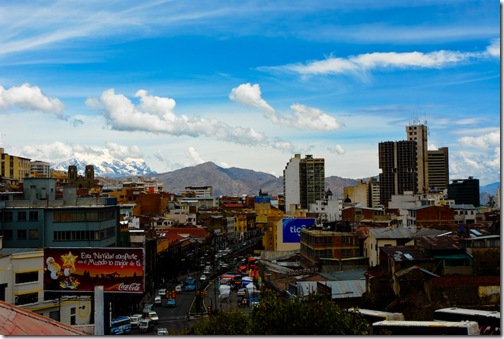 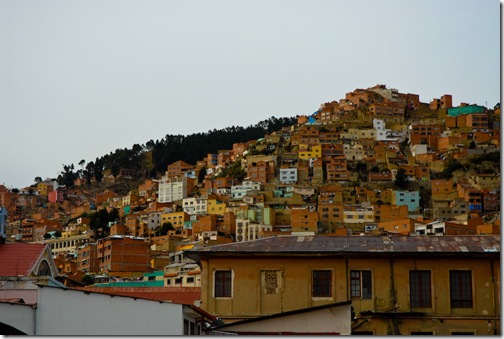 No vacant space is left

The culture of La Paz is also distinctly unique. There are not too many cities in the world where businessmen in suits share the sidewalk with with women in traditional Chola clothing and polleras. The various markets of La Paz are also one-of-a-kind. Down in the city, you can browse through the witches market looking for spiritual remedies or llama fetuses to protect your home, wander through the black market in search of knock-off electronics, or clamber up the hillside on Thursdays and Sundays to the El Alto market (one of the biggest in the world) to look for anything from the I-pod that was stolen from you a few days earlier, to vintage comic books, office furniture, or that $0.75 tattoo you always wanted. In fact, there are even claims that if you look hard enough, you can find all of the necessary ingredients spread out in the sprawling El Alto market to make a nuclear bomb. 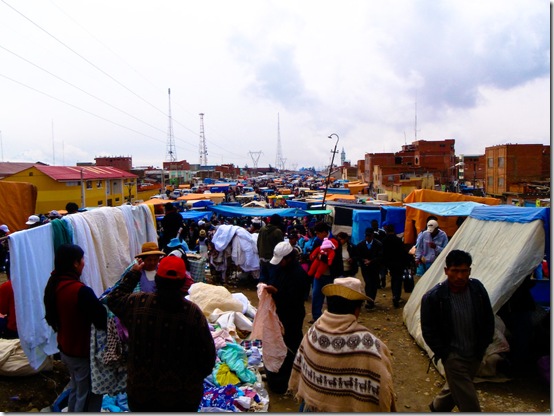 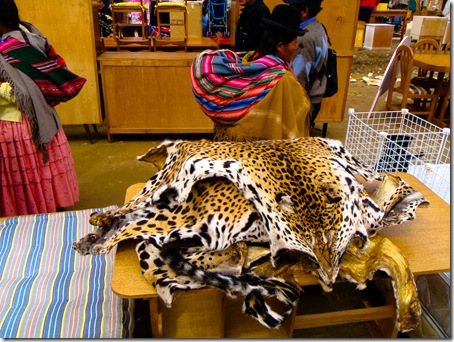 For us, La Paz will also stand out as the city with probably some of the craziest drivers in the world as well as the biggest potential for traffic gridlock. Although La Paz has traffic signals spread out throughout the city, they seem to just be there for aesthetic purposes as more people seem to proceed through red lights than green ones. La Paz also probably has one of the highest concentrations of minibuses anywhere in the world, all competing in true capitalistic fashion for passengers in a city and country where the government is progressively socialist. Simply put, La Paz is intense no matter what aspect of the city you happen to be talking about and no matter who you are or where you are from, La Paz is definitely a place that will always be etched in your memory. 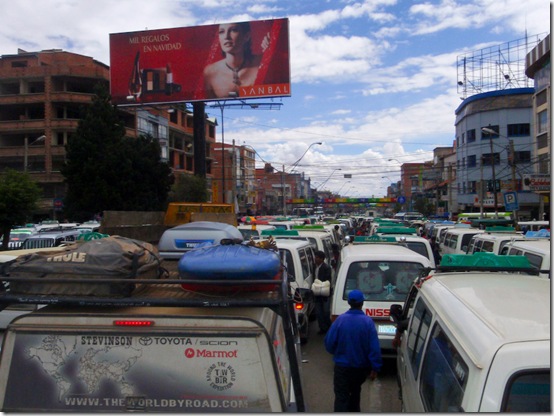 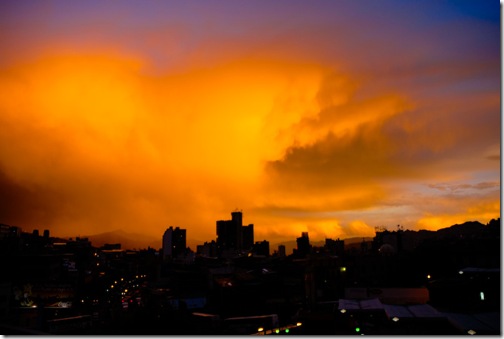 Even the sunsets in La Paz are intense