How To Drive Through Chile Without Breaking The Bank

Even with the rising value of the US dollar and the dropping prices of oil worldwide, when you are on an overland expedition, you still need to be a little creative in order to conserve your budget. We have been on the road for about 20 months now and during that time, we have become pretty good at coming up with ways to stretch our money. Some of our money saving activities are totally legitimate, some admittedly involve bending the rules a little bit and others are dependent upon the right circumstances and a little bit of luck.

Our current expedition money saving scheme involves avoiding, to the extent possible, paying for gas in Chile. Given the distance we need to cover in Chile, this sounds like a pretty difficult task, but in reality, it is actually quite simple. At about $2.45 a gallon, gas in Argentina is relatively cheap… one of the cheapest countries to fill up your tank in the entire world. On the other hand, just across the border in Chile, gas is nearly double the price averaging around $4.25 a gallon. When you take into account the distance between Puerto Natales in southern Patagonia and the dry landscape of the Atacama Desert in northern Chile (over 2,500 miles or 4,000 kilometers), the difference in the price of gas in Argentina and Chile becomes a serious budgetary factor. Luckily for us, Chile is situated in such a way geographically to make jumping across the border to fill up our tanks a very viable option for saving money. Chile may be 4,000 kilometers long, but it is only a few hundred kilometers from the coast to the Argentina border at it’s widest spot. Chile’s geographic layout, combined with international border crossings staggered about every two hundred kilometers, make it relatively easy to jump across the border into Argentina, gas up, cross back into Chile and not deviate that far from your original Chilean route. In fact, some detours across the border actually take you through some pretty spectacular scenery. 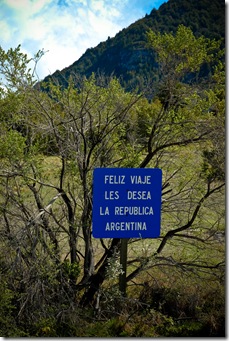 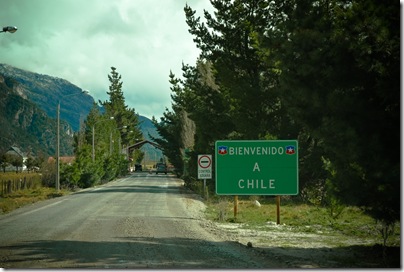 The only real problem with this whole money saving plan is that taking gas from Argentina across the border into Chile is not exactly welcomed by Chilean customs. We have been told that the Argentinean officials will usually let you slide if you are simply filling up the standard, manufacturer supplied tank in your vehicle. However, in our case, filling up an extra hundred liters more in external Jerry cans in a way falls into the category of smuggling. I guess it is a small price to pay compared to the price you have pay for fuel in Chile, and so far we have managed to drive several thousand kilometers in Chile without paying for gas and without getting caught bringing it in from Argentina. Furthermore, after our experience with the corrupt customs officials who hijacked our trucks in Buenos Aires, I am all for sticking it to them whenever I get the chance and therefore have absolutely no moral or ethical dilemmas with smuggling fuel out of Argentina. 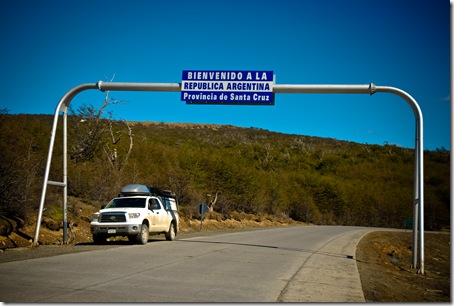 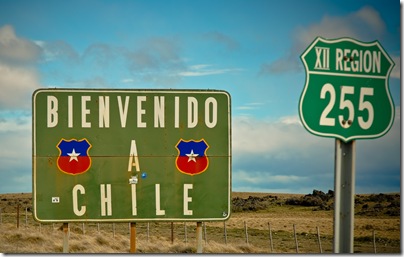 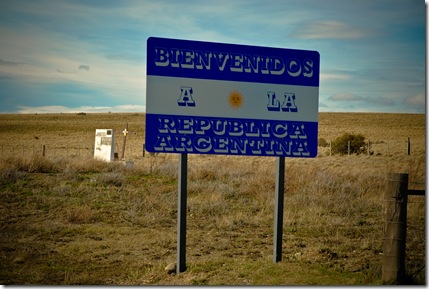 Even though it is technically illegal to bring Argentinean gas into Chile… we have also been warned by observant gas station attendants hip to our plan… customs and immigration officials on both sides of the border do not seem to be too concerned with the smuggling fuel across their respective international borders. It is a little suspect when an immigration officer stamps you out of their country only to see you reappear wanting to get back in a few hours later. In reality though, it is a much higher likelihood that you will get busted entering Chile with some dried beans or some stray fruit, vegetables, or meat that you totally forgot you even had in the trucks… check. We have managed to talk our way out of hefty fines for the aforementioned violations and hopefully we will not have any future problems with our money saving plan because so far, our little border runs have probably saved us somewhere in the realm of 300 or 400 dollars in fuel expenditures. We did have one little hick-up with our operation and that involved the keys being locked in the Sequoia by a rouge gust of wind in Argentina a few hours before we were scheduled to board a once a week ferry in Chile, but disaster was avoided with the help of a friendly Bombero (firefighter) in Rio Turbio with a piece of wire. So, for the time being, our fuel smuggling activities will most certainly continue wherever possible. I just hope the customs guys have not written down our website from the side of the trucks and decided to check out the site and read our blogs because the only real cost of these international fuel runs right now is about 16 additional stamps on my already rapidly filling passport. 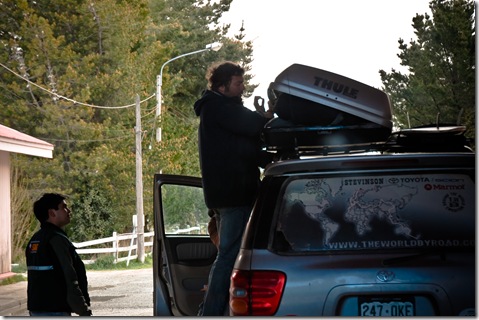 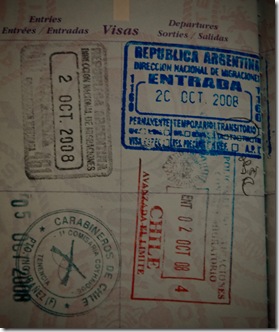