End of The Line

For Africa that is. That’s right, we made it all the way to South Africa. We have a few more days before we arrive in Cape Town and hopefully ship the trucks to Argentina on the 6th of July, so  we are taking in some of the sights on the Garden Route. It has been a pretty hectic month and a lot has happened. Here are some of the highlights:

After getting deported the first time we tried to enter the DRC, we were more successful the second time with a little bit of help from our friends at the US Embassy in Brazzaville. On our way to Matadi where we hoped to finally obtain our Angola visas, we took some time to camp a little bit at the Zongo Chutes, a waterfall churning out a huge volume of water that eventually empties into the Congo River. It was quite an interesting sight and probably one of the only semi-developed tourist attractions in the entire country. 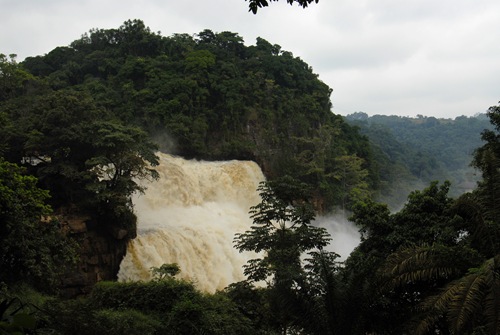 At the Chutes, we also met some people from the Netherlands who are working for Heineken in Kinshasa. We had some good conversations around the campfire about living in the DRC and life on the road and they were kind enough to let us crash at their guesthouse in Matadi while we waited for our visas. That’s right, we waited for our Angola visas at the Heineken House… enough said. After three days of waiting in Matadi, we finally had our visas in our passports and headed south to the border. 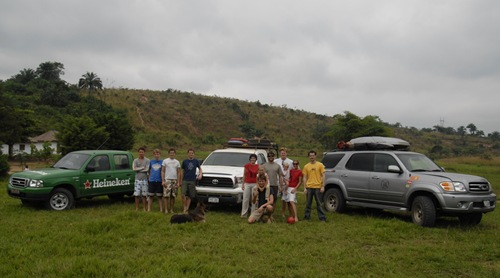 The guys from Heineken pose for a photo at Zongo Chutes, D.R.C. 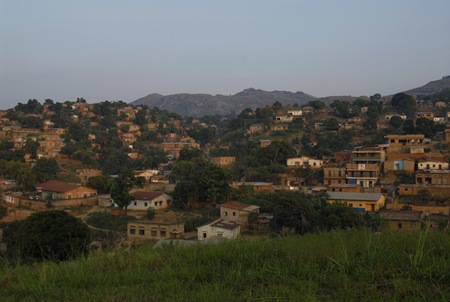 View of Matadi from the Heineken House

It was hard to believe that we actually had our visas to Angola… it was almost as hard to believe that we only had five days to drive over 2,000 kilometers on roads that were reported to be pretty rough. The roads in Angola did prove to be pretty bad, but if you are planning a visit there in the next five years, the Chinese will probably have completed most of the wide scale construction projects we witnessed there. Angola was an interesting country. The people were exceptionally friendly, the natural beauty was astounding and given all of the construction going on, it was obvious that they are preparing for an explosion of tourism in the not so distant future. Someone just needs to tell them that if they want people to come to Angola, they need to chill out on the whole visa thing. It was also very interesting driving through a country that up until a few years ago, was in the midst of a brutal civil war. Signs of the war are still everywhere, from wrecked military equipment littering the side of the road, to completely destroyed buildings pockmarked with bullet holes… not to mention the thousands of landmines still hiding in the ground waiting to be found by an unlucky farmer or pedestrian. It was too bad we only had five days to experience Angola, because there is a lot more that all of us would have liked to have seen and experienced there. In the end, we made it through Angola in the time we were given, but had to log in about 60 hours behind the wheel in just under five days to do so. 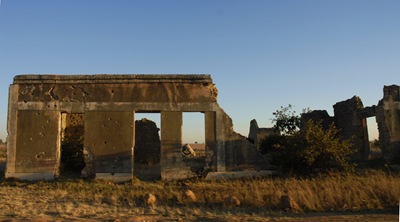 Much of the Portuguese architecture did not survive the civil war 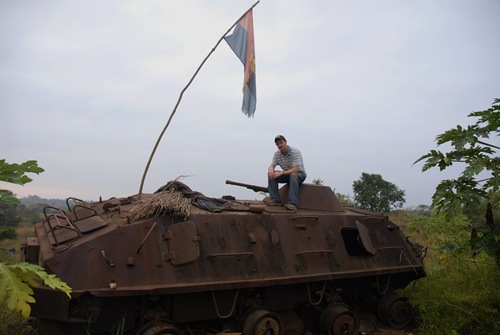 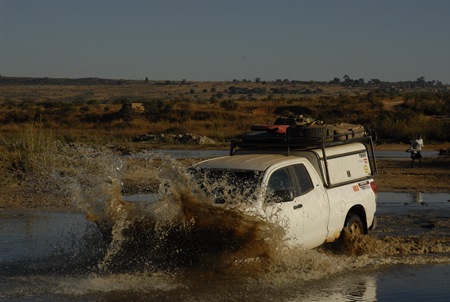 Most of the horrible roads were no match for the Thundra 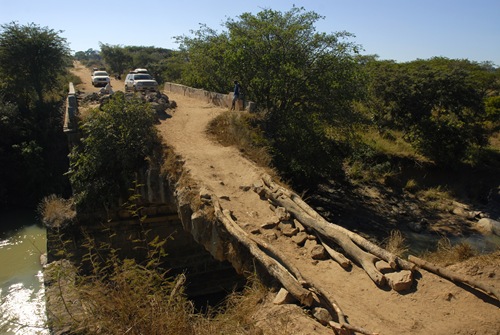 But when the bridge is washed out, there is not much you can do but find another way around

After spending four months in the developing countries of West Africa, Namibia was a welcome change. The roads were in great shape, the ATM’s worked, the official language was English and the grocery stores were stocked with a variety of items that did not cost a fortune. A lot of the change is probably due to the fact that the wildlife in Namibia attracts a healthy stream of tourists and the country has invested in infrastructure to keep that stream flowing. We were still behind schedule, but we could not miss the opportunity to see some of the amazing wildlife in Namibia, so a few days after entering the country, we headed out to Etoshia National Park to see what we could see. We saw a lot, but unfortunately missed the opportunity to see any of the big cats, but rest assured, they are there waiting for you. 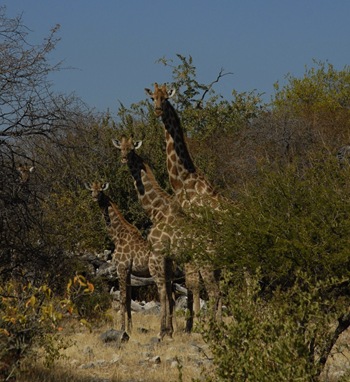 No Photoshop… the shot of the day! 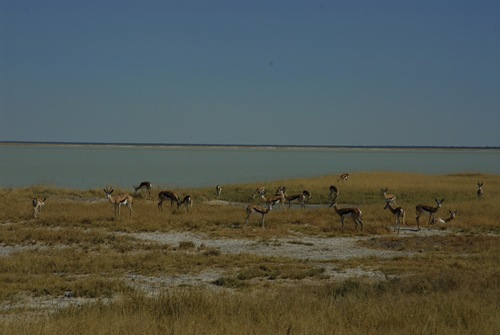 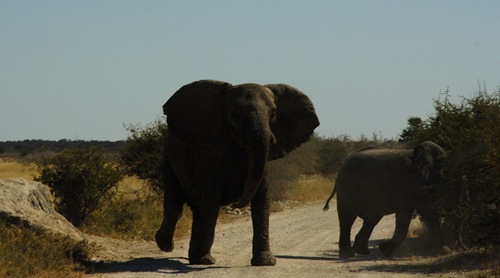 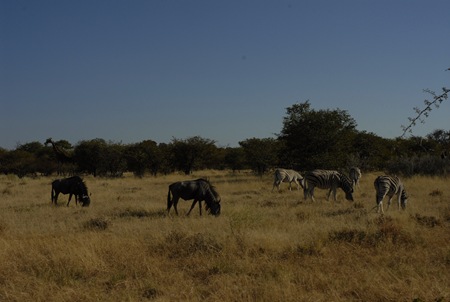 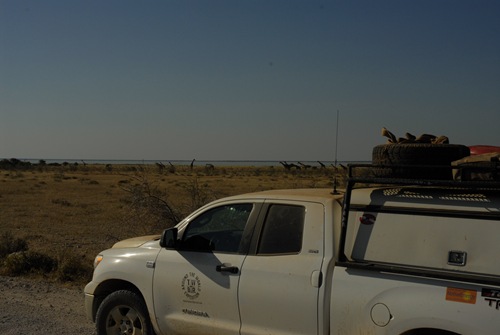 This entry was written by Steve Bouey, posted on July 2, 2008 at 6:48 am, filed under Africa, Angola, DRC, Expedition Updates, Namibia, The Toyotas. Post a comment or leave a trackback: Trackback URL.