Welcome To The Middle Of Nowhere

“Welcome to the middle of nowhere!” This was the friendly response we got from several people as we pulled into the remote and dusty town of Timbuktu. For us here at The World by Road, Timbuktu is an important stopover on our way around the world. I can now say that I have literally driven my car, complete with Colorado license plates, to Timbuktu and back. O.K., I still have a long way to go before I actually make it back, but you get the idea. 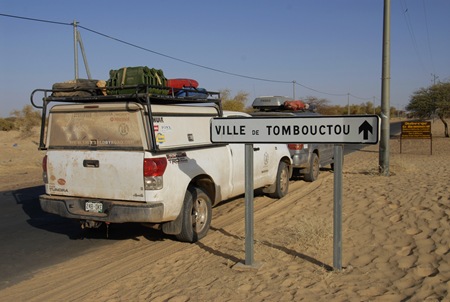 Getting to Timbuktu was no small feat. The last 200 kilometers of road leading up to the town now holds the far from fabulous distinction of being the worst road we have driven on during the course of the expedition. Conversation stopping corrugation, blowing dust, sand storms and car swallowing sand pits ensured that it would take nearly five hours drive this particular stretch of road. I think I can now somewhat relate to what the early traders felt like when they made their trek across the desert and finally arrived in the somewhat less inhospitable confines of Timbuktu… it was still well over 100 degrees Fahrenheit when we arrived at 5 in the afternoon. Fortunately for us, we were able to track down some cold beer to celebrate which was also nice considering we arrived on St. Patrick’s Day. (There is one for the “I Never” game… I have never downed a beer in celebration of St. Patrick’s Day in Timbuktu) 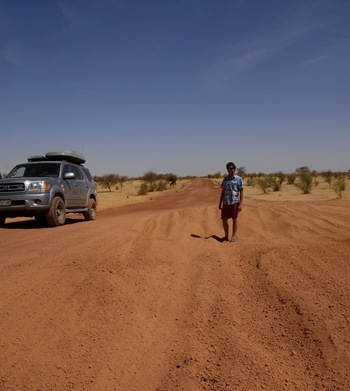 Mark investigates one of the “sand traps” 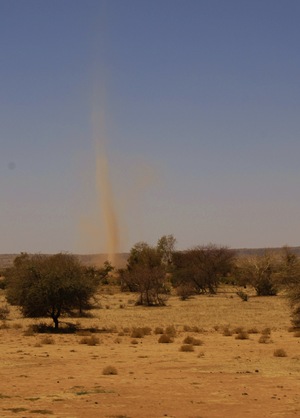 If the road does not get you, the dust devils will… 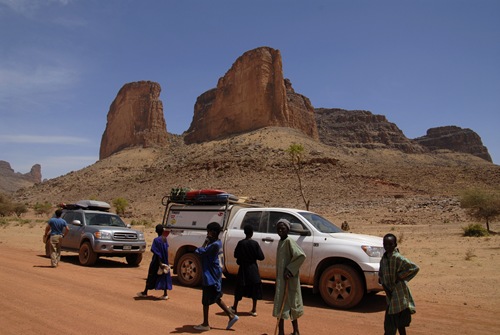 Having finally arrived in Timbuktu, the conversation switched from the possibilities of future boasting about the achievement, to how Timbuktu actually got so famous and became such a well recognized name. How is it that the name of an African town established by Tuareg desert nomads can be so easily recognized in America and the rest of the world by such a broad spectrum of society? The answer? We do not know. 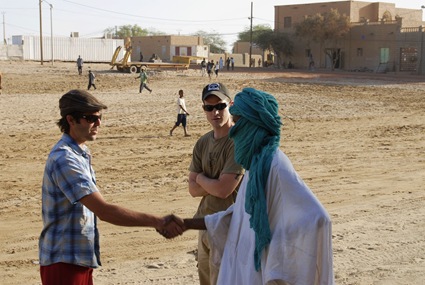 Timbuktu is a dusty place, constantly on the verge of being swallowed by the surrounding desert and is a far cry today from is glamorous status as a trade center for hundreds of years. Timbuktu does hold a high degree of significance in the Muslim world, but that still does not explain why a fifth grader from Missouri would recognize the name. The image of Timbuktu being a mysterious and mythical place, synonymous with being at the end of the world or symbolizing the middle of nowhere still holds strong today throughout most of the world, and none us us really know why. Whatever the case may be, and for whatever reason, people know and will continue to recognize the name Timbuktu, and the fact that we actually drove there in our own cars might seem even more mythical to some than the place itself. 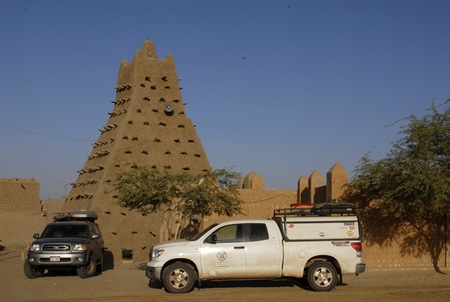 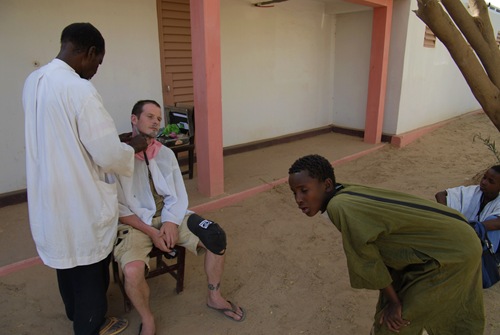 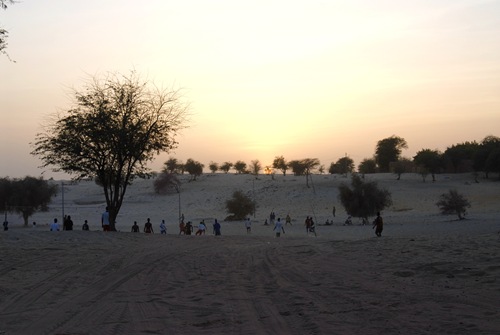 The sun sets on a game of soccer in Timbuktu