Yet another weekly update posted a week late, but this time, I promise…the current weekly update will be posted tomorrow. ~ Steve S.

Quote of the Week:  “I Am Thirty and Flirty.” –T-shirt (Pink with blue stripes) for Steven Shoppman, from Zsofi Somlai, on his 30th birthday.  It couldn’t be said better. 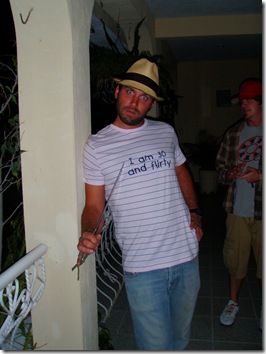 Monday we bid farewell to the gracious hosts at Decameron All Inclusive Resort and were off to the Guatemala border.  We arrived late in what looked like a fortress, Antigua, Guatemala.  In Antigua there are many ruins from Colonial churches dating back nearly 500 years.  Tuesday marked the day of Steven Shoppman’s birth. We began the day looking at the ruins of the Catherdral of San Jose, and then jumped in the trucks and headed for Santiago, but the construction on the roads resulted in a drive that was pure madness.  Bus drivers, beyond insane, passed us on mountain pass curves, honking a crazy musical tune as they took turns on two wheels. Still alive, we decided to celebrate the day in Panajachel.  To celebrate, we pulled out the sweet Power Ranger piñata purchased at the store that morning.  Steve grabbed his Cambodia machete, and moments later it was raining candy for the local children as they came pouring out of the woodwork when they heard the candy fall.

Wednesday was “Market Day,” as we made our way to Chichicastenango. This town holds one of the largest markets in the country and is said to be the center of the local Maya culture and religion.  Stands along the streets sell t-shirts, colorful hand-made blankets, hammocks, traditional clothing, masks, food and machetes. Thursday’s drive brought us to a small town called Sacapulas, and was highlighted by the age of our bartender.  He was twelve years old, yes twelve. When we first arrived at the bar, we waited for the bartender to arrive while his son or local kid watched it for him. However, we soon realized that the kid behind the bar that was hardly tall enough to see over the it would be the one sliding us beers, pouring whiskey for the locals, and even kicking out a local drunk.  Do not worry, though, he made it to school the next morning.  Shoppman found a local mechanic on Friday morning to get new brakes put on the Tundra, and for both trucks to get an oil change.  The brakes were more than needed, as we would soon encounter the “Guatemala Death Road.”  Due to a massive landslide the main road was closed, so we were forced to take not a road, but a path.  It was a steep, switch-back that looked as if it had been gone over but once with a bulldozer.  The width of the path gave us a couple inches on each side, and made it interesting when huge trucks met us from the other direction.  The Steve duo, however, have done this before, and with their guidance we made it to Coban.  Mission accomplished. 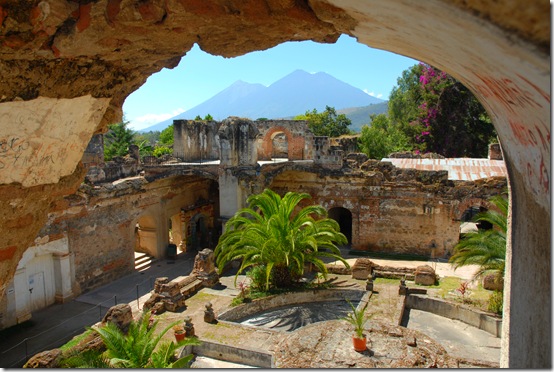 Ruins at Catherdral of San Jose 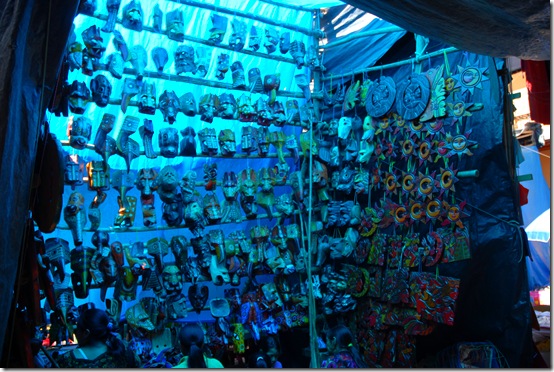 Mask Stand at the Chichicastenango Market 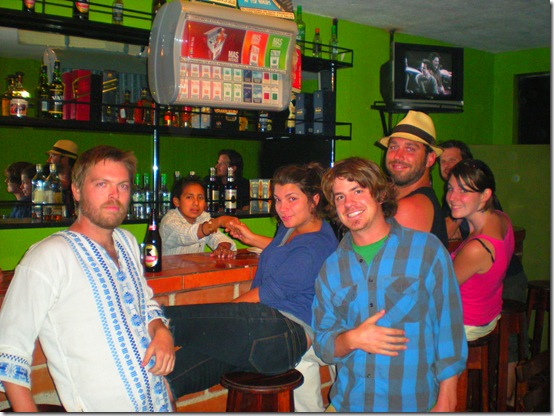 The Crew with our 12 year-old bartender 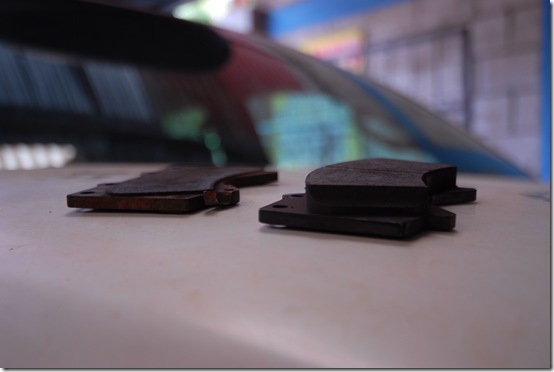 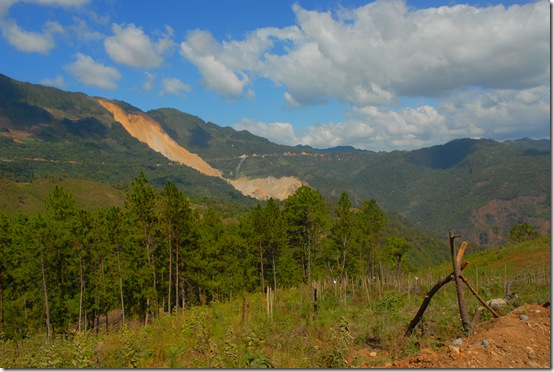 Landslide that closed the main road 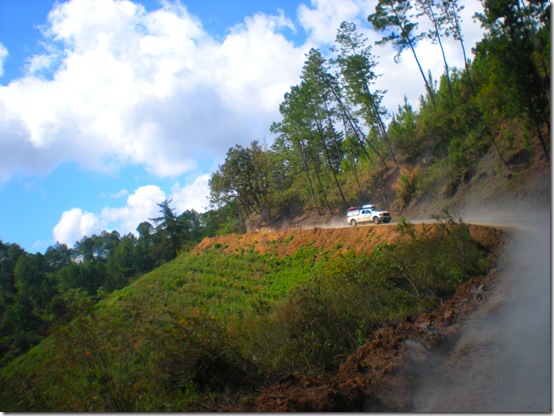