Mexico is a big country, the 14th largest country in the world by land area to be exact, and because Mexico is also a fairly developed country, that means we have a lot of pavement to put behind us before we cross the border back into the States. It is no real surprise that the roads in the major tourists areas such as the states of Quintana Roo (Tulum, Cancun), Yucatan (Merida) and Jalisco (Puerto Vallarta) are in really good condition, but you may be surprised to find that the roads in the rest of the country so far have also been in pretty descent shape. True, we have stuck to some pretty major transit corridors, but the good surface conditions are a relief because although we have only made it through about two thirds of our Mexican route, we have already tallied up over 2,200 miles on the Toyotas. 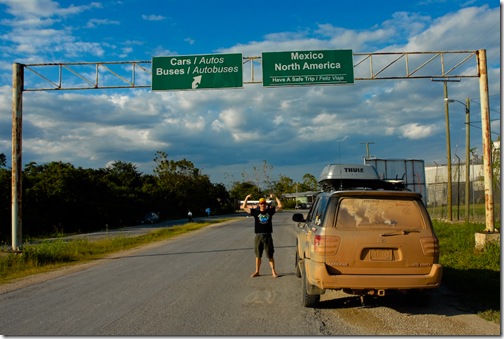 Highway to the danger zone?

You might also be surprised to learn that contrary to what the mainstream international media has been reporting, we have had an amazingly safe and secure time here in Mexico. We have received a nonstop stream of e-mails from concerned friends and relatives related to the security situation in Mexico, We have also been warned by numerous people “in the know” about cops on the take shaking motorists down for their pesos. The bottom line is that the danger in Mexico everyone is reading about in the news is fairly localized to the border areas and as far as the corruption goes, we have been here for over two weeks, driven more than 3,500 kilometers and have not had a single problem with the police or the military even when a citation may have actually been justified. Everyone we have encountered in Mexico has been extremely friendly and helpful and the only people in any real danger here are drug smugglers, arms dealers and anyone else stupid enough to hang around in areas where these individuals operate or people who associate themselves with criminals.

We have written about travel warnings and alerts coming out of the US State Department before but from what we have seen and experienced, unless you are planning on vacationing in Cuidad Juarez, the only real danger spring breakers or anyone else in Mexico for that matter have to worry about are sunstroke, drowning in a rip current, alcohol poisoning or falling off a high rise balcony while intoxicated… it actually happens more than you can imagine. After a quick glimpse at some of the stories coming out of Mexico that are making international headlines, you might be inclined to think that it is total anarchy here. The US military actually believes that Mexico is on the verge of becoming a failed state. But while sitting back the other day watching the sunset from a sleepy beach side town that most gringos have never heard of, a town where most of the locals never even really see a gringo, the only real thing that seems to be failing is my ability to speak Spanish clearly and the thought of all the reported Mexican violence does not even cross my mind. 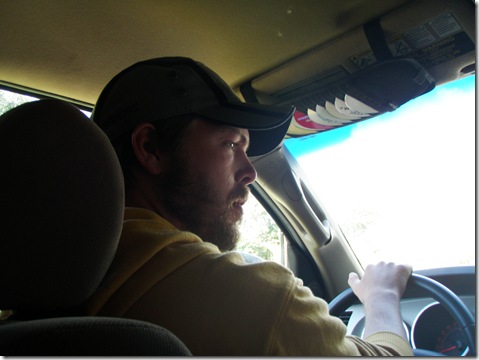 In fact, the only annoying experiences we have really had to contend with in Mexico to date are the speed bumps, and the road tolls. As far as the speed bumps are concerned, there are enough here in Mexico that you could probably use the material from them to pave a new road across the entire country and when it comes to tolls, it is like déjà vu from China all over again as we have probably spent somewhere in the neighborhood of 2,000 pesos per vehicle (about $130) on them. We actually calculated that one stretch of highway outside of Veracruz cost approximately $1US per minute to drive on but luckily we were only on that section of road for a few minutes. On the bright side, at just under $0.50 per liter, gasoline in Mexico is the cheapest we have encountered on the entire expedition. 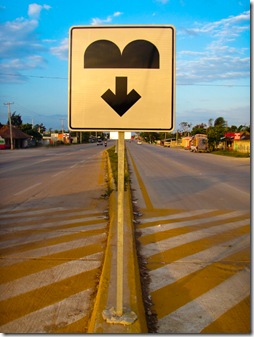 In some towns, you might cross six speed bumps in the span of 100 meters

To revisit the security situation one last time, we are not the only ones enjoying ourselves here in Mexico. We have met countless people who have driven down from both the States and Canada who are having similar experiences. Just this morning, I spoke with a guy who made the trip down to Mexico from Canada. He has been road tripping and living around Mexico for the past five years and his only problem… wishing he had decided to do it earlier life.