Just What Is Really Going On In Panama?

Panama is a country of contrasts, probably more so than any other country I have traveled through on this expedition. There are definitely a lot of other countries in the world where you can see the stark contrast between rich and poor, the haves and have nots but because Panama is such a small country relatively speaking, these contrasts can literally be observed without really going anywhere or even trying. In some countries you might have to drive the entire length of the country to witness the varying social classes and the differences in how people live. In other countries, the the visible indicators of poverty are more sheltered and hidden from view. In Panama though, everything seems to be mixed together. Signs of wealth appear to be evenly interspersed with a lack thereof.

Panama has money, and this money comes from a diversified variety of sources. Probably the most prominent source of Panama’s wealth comes from the Panama Canal. For a modern, average sized container ship to pass through the canal locks and transit from the Pacific Ocean to the Atlantic, a tax of as much as $240,000 must be paid. Shipping companies gladly pay this transit fee in order to drastically cut down on the costs associated with sailing all the way down and around South America. Considering more than 20 of these large vessels pass through the canal on a given day the canal provides a revenue stream amounting to several billion dollars a year. If you add in all of the jobs and secondary business opportunities created by the presence of the canal you are talking about a lot of money. Additionally, as a result of favorable laws, Panama is also a hub of international offshore banking and this is also a powerful economic generator for the country with branch offices of every major bank in the world scattered throughout the country.

You can see the results of the wealth generated in Panama in the skyline of Panama City. If you did not know any better, you might just think you are looking at the skyline of any major US city. It is not just Panama City’s skyline that resembles and reflects that of a counterpart somewhere in the US… TGI Friday’s, Hooters, Baskin Robins, and all of the other major restaurant chains are represented there. 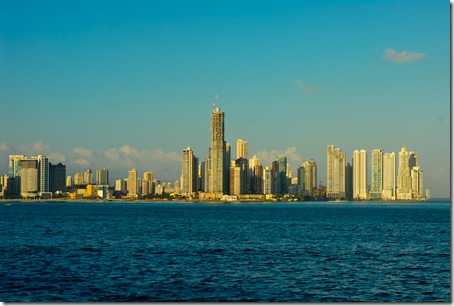 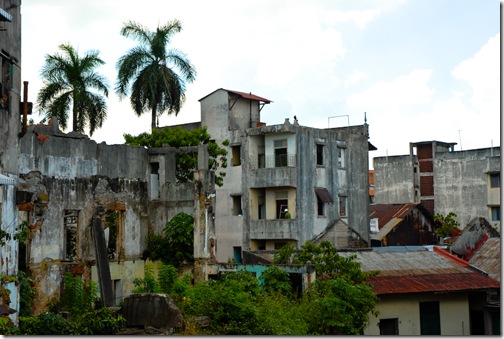 However, it does not take long to see that there are a lot of people in Panama City and elsewhere that are struggling to survive. Million dollar properties sit adjacent to ramshackle houses made out of whatever materials the builder can scavenge. Once proud and magnificent Spanish colonial mansions lay in ruin while new concrete and glass high rises are constructed in the distance. The highway system that weaves its way throughout Panama is in shambles, with the appearance of not having been maintained since the roads were constructed decades ago. Panama’s second largest and the mostly forgotten city of Colon is a depressing place yet strangely enough, it is the home of Panama’s largest duty-free shopping complex. In Colon, squatter’s shacks sit beneath billboards advertising expensive watches and designer clothes.

Not everyone is in shipping or offshore banking

So, with apparently so much wealth and so much potential wealth to go around, why are there so many visible signs of problems throughout Panama? Is is a shaky political past? Is it poor leadership and government mismanagement? Whatever the reason may be, it is obvious that Panama has some issues to face and you do not need to scratch beneath the surface to see that problems exist. Do not get me wrong, there are a lot of nice things about Panama… the people are friendly, it is home to some great natural beauty and it has a very interesting history, but after spending some time there, one can not help but scratch their head and wonder just what is really going on in Panama and more importantly, just where is all of the money going. 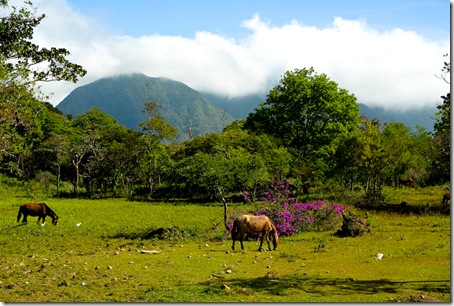 Social issues aside, Panama does have a lot to offer