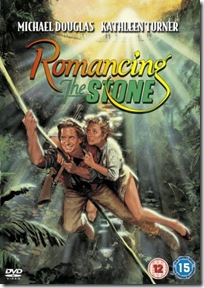 Colombia is always a place that has intrigued me for several different reasons. Maybe it is the lure of the jungle, maybe it the element of danger due to the longstanding presence of guerillas and revolutionaries, maybe it is the images of Juan Valdez and his coffee carrying mule, or maybe it is the curiosity generated by Pablo Escobar and the numerous cartels that put Colombia on the international map for less glamorous reasons. Ultimately though, probably one of the strongest motivating factors behind my longing to visit Colombia at least at some point in my life was the 1984 film Romancing the Stone

starring Michael Douglas and Kathleen Turner. For those of you who are not aware of this movie, you should be. It is arguably one of the best romantic comedy/adventure movies of all time and no matter how many times I watch it, it is always entertaining. Critics also agree as the film won two Golden Globes in 1985, one for best picture and one for best actress in it’s respective category. Whether Jack and Joan were blazing through the steamy jungles in Cordoba province, dancing the night away at a village fiesta or fighting villains in an old Spanish fort in Cartagena, the Colombian backdrop in the film always seemed to epitomize adventure and excitement. Although the majority of Romancing The Stone was filmed on location in Mexico (Colombia in the mid 1980’s was not necessarily the best location to film a big budget Hollywood production), I still wanted to go to Colombia. To show you just how much of a motivating factor Romancing The Stone has had not only on my own adventurous spirit, but Shoppman’s as well, during the planning phases of the expedition, while trying to come up with a name for the Sequoia, one name in particular seemed to fit perfectly. The local drug smuggler Juan, who Jack and Joan stumble upon while trying to avoid capture, has the only “car” in the village and they use his “little mule Pepe” to help escape. It was the beginning of our own adventure, an adventure that we hopped, barring any substantial political or logistical problems, would eventually take us through Colombia ourselves.

More than two years after we christened our 2004 Toyota Sequoia “Little Pepe,” here we are in Colombia. I have to admit that Colombia has not disappointed and has fully lived up to my all of my expectations. Colombia is an amazing country and the adventure and excitement portrayed in Romancing The Stone is definitely still alive in Colombia 25 years after the release of the film. I can also safely say that after driving the length of the country, the director of Romancing The Stone, Robert Zemeckis, did a pretty good job of turning Mexico into Colombia.  Colombia has some stunning natural beauty and lively culture that is evident in the film and although Cartagena is much more beautiful and historic than it comes across in the movie, there is some historical accuracy as the port city is in actuality surrounded and protected by the walls of a Spanish fort.

Adventures with “Little Mule Pepe” in the film 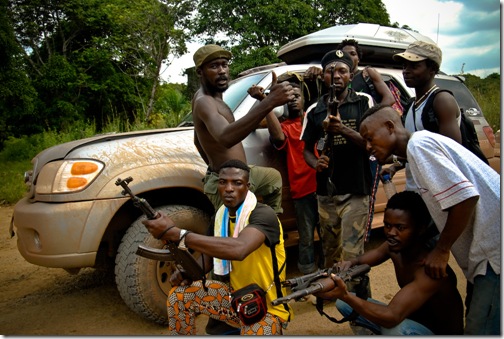 Our own adventures with “Little Pepe” 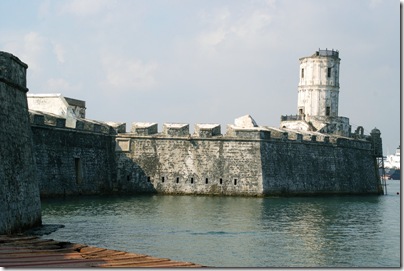 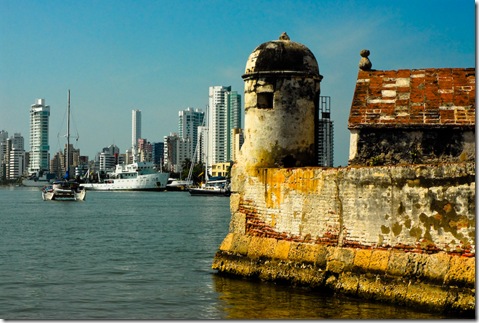 The chance encounters, looming danger and the thrill of adventure that was so captivating in Romancing The Stone might seem too good to be true for something other than a Hollywood script and frankly, nothing more than romantic notions. However, no matter how fictional the storyline in Romancing The Stone is, or any other movie for that matter, it can still serve to inspire one to seek out their own adventures… adventures that are filled with their own unique chance encounters, elements of danger and thrills. Unfortunately, it is not that often in life that something inspires you as an adolescent to the point where you eventually turn that inspiration into a reality. I have watched Romancing the Stone probably two to three additional times during the course of this expedition and as we drove closer and closer to Colombia, the more excited I became. The other night, as I sat on the rooftop terrace of Casa El Carretero, overlooking the city of Cartagena reflecting on our own journey; the adventures we have had, the dangers we have avoided, and the people we have met, people that are just as likely to be characters out of a Hollywood movie, I realized just how lucky I am. I also realized that it could not be a more perfect setting for another screening of the film that I can not help but believe is somehow, in part, responsible for me being here in the first place. So, in a tribute to Jack, Joan and the entire concept behind Romancing the Stone, we decided to pull out the DVD and watch it on the laptop right there in the open air of the rooftop terrace amidst all of the sights, sounds and smells of a city in a country that I had for so long hoped to travel to ever since I watched the film for the first time. 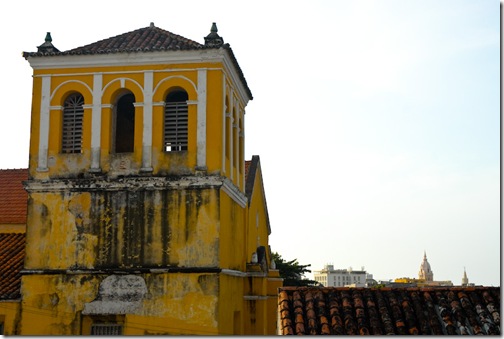 View from the rooftop terrace