Photo of the Week- Puerto Natales

By Laura Sutton in 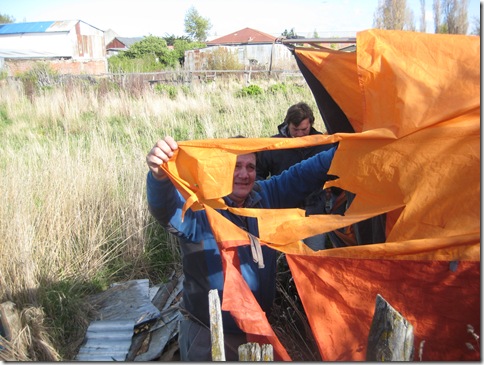 If you ever doubted that Patagonia was amongst one the windiest places on earth, this photo should put your mind to rest. The photo was taken whilst we were in Puerto Natales waiting for the Navimag ferry to take us further north in Chile. On this particular day, the wind was so strong it managed to pick up our tent and blow it over the two meter barbed wire fence into the neighbors yard, shredding the outer material to pieces. A tent weighs nearly nothing, however the tent was not only pegged but also tied down, as well as weighted with a few packs and some bedding, which also managed to get a little tattered.

This entry was written by Laura Sutton, posted on November 28, 2008 at 6:27 pm, filed under Chile, Photo of the Week and tagged patagonia, Puerto Natales, Tent, Wind. Post a comment or leave a trackback: Trackback URL.