We are living in interesting times. I suppose every generation can say that with some degree of validity. After all, life, no matter where you are, who you are, or when you are living can be interesting, but in this context, we are living in interesting times as it relates to the food we eat. On one hand, obesity has reached alarming levels in developed countries, the United States in particular, as people gorge on quickly prepared, mass produced crap that might satisfy their hunger in the near term, but sets them up down the road for a plethora of other health problems like type 2 diabetes which is also at historic highs. On the other hand, health conscious people, fueled in part by the digital age and increased access to information are leading the charge when it comes to concerns over commercial agricultural practices and the control that controversial companies like Monsanto have over our food supply. The later has propelled a resurgence of farmer’s markets, agricultural co-ops, demands for fresh, organic and non genetically modified food, and compounded by the contemporary environmental movement, a growing desire for locally produced food.  A few decades ago, people in general probably didn’t care that the apples they were eating in the grocery store in February came from New Zealand, but today, as evidenced by the “Produced Locally,” or “Local Farmer,” signs posted throughout not only upmarket grocery stores like Whole Foods but mainstream chains like Kroger and Safeway, more and more people do. An epic battle is brewing between fast food and slow food, but try explaining the fundamentals of this battle to people in other countries and you might generate some puzzled looks.

On a recent trip to Russia, as I made my way east from Moscow via rail, I curiously stared at the small houses, cottages and shacks on the outskirts of seemingly every town that passed by the train window. Some of these structures appeared to be in better shape than others, but generally speaking, they were all cared after and all centered around similar sized plots of land. It was May, springtime in Russia, and the foliage on the trees was becoming thicker and thicker with each passing day and the fruit trees, rose bushes and flowers were all starting to come into full bloom. Nature was full of activity and in response, activity in and around these little houses was in full swing; people turning the soil, people clearing brush, people putting a fresh coat of paint on the little house. It didn’t matter if it was Moscow, Nizhny Novgorod, Arzamas or any of the smaller towns in between, there were always clusters of theses tiny houses on the outskirts of town which I mistakenly concluded must have been the suburbs and the permanent, year round homes for those who could not afford to live in the city. As it turns out, I was looking at a traditional Russian дача.

The land most modern dachas sit on was parceled out during Soviet times under strict requirements, although the first dachas date back to the 16th century, where Peter the Great doled out, what were at the time were country estates, to people loyal to the tzar. In more recent times, large swaths of land on the outskirts of Soviet cities were dedicated to the construction of dachas, but each individual parcel was typically limited to about 600 square meters. The dachas were popular as they were designated primarily as recreational getaways for city dwellers where they could grow small gardens. Because people didn’t have an opportunity to buy land or build homes were they wanted in the Soviet era, people jumped at the opportunity to build something personal on a piece of land they could call their own, although there were legal restrictions on the size of dachas which would explain why they all appeared to be nearly the same size. From the 1960’s through the 1980’s, dachas were limited to being single-story, summer homes without permanent heating and with living areas less than 269 sq ft. Since the 1990’s, all restrictions have been lifted and bigger dachas are being constructed, some serving as permanent residences, but the majority still continue to conform to their traditional appearance and role.

Many city dwelling Russians, over 50%, and residents of countries that once made up the Soviet Union (Ukraine, Belarus, etc.) have a dacha, and with it, a green thumb and they take great pride in the quality and composition of their gardens. The shelves of many a dacha are filled with books on horticulture and when the flowers are blooming, you can bet most Russians are eager to have a portrait photo taken in the midst of the blooms. As such, many Russians who have dachas grow their own fruits and vegetables and prefer it that way. They produce it, they consume it. Food comes from their farm and goes to their table and in many cases, the table is the on farm. There is also a sort of barter system in place whereby these small dacha farmers trade the fruits and vegetables they grow for other produce grown on larger plots of land and on more traditional farms… items like potatoes, eggs, meat and dairy products, but they still know where their food is coming from generally speaking. So, if you think the United States is on the bleeding edge when it comes to backyard gardens, chicken coops, CSA farm shares and in general, producing and consuming locally, think again… they’ve been doing it for centuries in Russia.

I was fortunate enough to spend several days in the dachas… helping the family I stayed with tend to the beds, plant seeds, and eating plenty of fresh food washed down by plenty of beer and vodka when the day came to an end. I could see why they liked it; it was an escape from the city, a place to have a Russian barbeque with friends and family and a chance to grow much of your own food. I could certainly get into being a дачник! 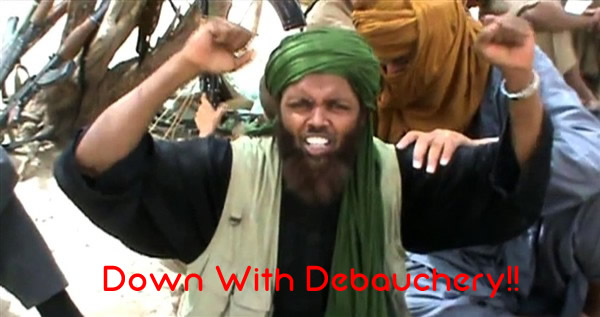