The US state Department does a pretty good job of issuing travel advisories. Travel advisories provide information to US citizens traveling abroad to let them know that either the area they are in may not be particularly safe or to make would be travelers to a particular region reconsider their plans to go there in the first place. The recommendations in these advisories range from telling people to be “vigilant and alert” to recommending against all “nonessential” travel to a particular country or region all together.

At the beginning of the expedition, we were paying fairly close attention to these travel advisories. Our proposed route around the world had us going through at least a dozen or so countries where the State Department had current travel advisories in place. I guess the travel advisories serve a useful purpose, but they also seem to give you a fairly negative impression of a place, especially if you are going there. When you read that there are terrorists operating in a certain country, active abductions and hostage takings, and the general potential for something bad to happen to you, it can start a vicious cycle of negative scenarios popping up in your mind and you can find yourself walking on eggshells when you could be enjoying the experience. Eventually, for better or worse, you start to take these travel advisories with a grain of salt.

Maybe the advisories have served their purpose by placing the possibility of something bad happening in our minds and subconsciously that affects our behavior in a certain country. To date, we have been through at least half a dozen countries on our trip with active travel warnings and about half the time, we are driving through the region of a particular country that directly applies to that advisory. Fortunately, we have had no problems whatsoever. In fact, we have felt quite safe in some of the places that have been issued particularly serious advisories.

We drove through the northern part of Mali where we were led to believe that Tuareg rebels were lying in wait, ready to ambush us on the road and kill us, and we passed through the Niger River Delta region in Nigeria where we thought it would be just a matter of time before we were kidnapped and held for ransom by militants there. Maybe we have been lucky. Maybe it is because we have our own vehicles and have more control over our movements than someone traveling on public transport. Who knows. Whatever the case may be, we actually felt pretty safe there and in Nigeria, we were treated with the utmost hospitality and even more so it seemed because we were Americans. 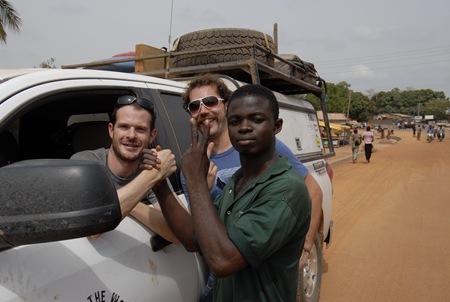 We made lots of friends in the Niger River Delta States

To the credit of the State Department, I guess some of the areas we were traveling in were dangerous. One night in Nigeria, some security forces on patrol stopped by our campsite with AK-47’s at the ready. They found out what we were doing and suggested we follow them and camp in front of their headquarters where they could “ensure our safety.” I think they were going a little bit out of their way to make sure nothing happened to us, as the potential danger was not from rebels, but from local farmers hassling us because we were camping on their land. But at the same time, this was in a part of Nigeria that had no current travel advisory in place. 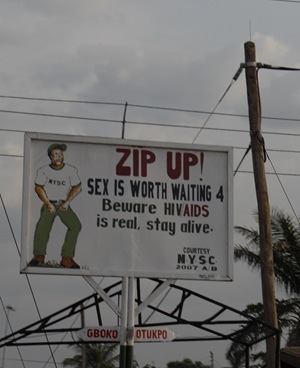 I can sense that I am rambling here a little bit so I will get directly to the point. I do feel the State Department has an obligation to inform its citizens traveling abroad that there is the potential for danger. At the same time, I think the language in the advisory itself can sometimes be a little strong and does people a disservice. The bottom line is, use your head. Common sense can go a long way to ensuring your safety. (Maybe the State Department feels that citizens traveling abroad are total morons) 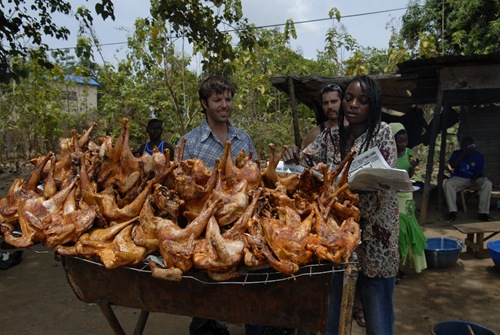 By reading the travel advisories, you are meant to think that the rest of the world is this terribly dangerous place where people are lurking around every corner waiting to turn your trip into a total nightmare, and by traveling to these places, it will ensure that your photo is not only on your personal blog, but on CNN as well. Yes, there are dangerous places in the world and you would serve yourself well not to go for a roadside picnic in Somalia. But at the same time, I would also be wary of pitching a tent for the night in a park in East Oakland or taking a midnight stroll in parts of St. Louis, but you do not really see advisories on these domestic places where the homicide rates exceed those of some of the “conflict zones” we have been through.