Since almost all of Central America is one large volcano, we’ve been able to take full advantage of volcanic cauldera’s.  The first crater we hit up was the aptly named El Valle in western Panama and the second was a crater lake in El Salvador where we went on two dives with Oceanica Scuba via DeCameron resorts.

El Valle from the top.

In El Valle we first tried to seek out a canyoning company to show us around, but when that didn’t pan out we went out on our own. 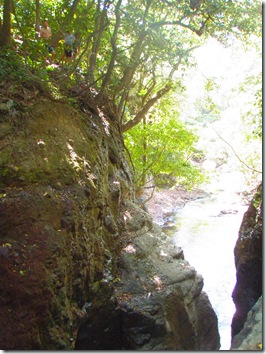 So you can gauge our route down to the waterfall to the pools below. 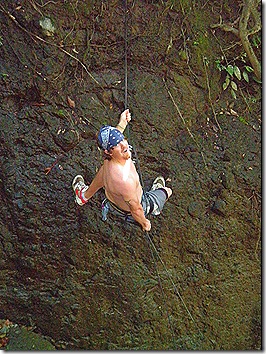 The dive  in the crater lake was also pretty fascinating.  First of all know one knows its exact depth and I’m guessing it could be because at one of our dive spots there is a massive black abyss in which I can imagine no one cares to venture.  It’s that creepy.  Our second dive spot, as the dive master mentioned, contained the only section of the lake where there were unexplainable perfectly spherical balls of clay (possibly from an underwater explosion) of varying sizes.  When we reached that particular location on the floor, there was also an unexplainable feeding frenzy for said clay balls.  Know one knows why, but all 8 of us on the dive frantically brushed up the dust of the lake bed in a mad scramble to stuff our BCDs full of them. 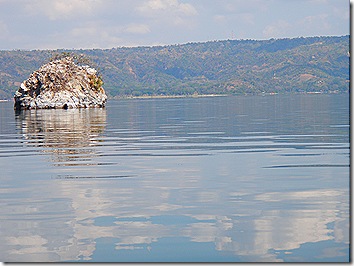 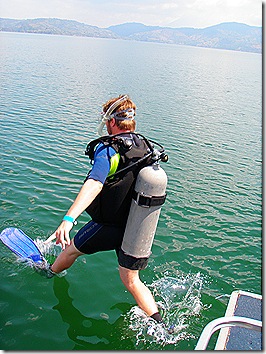 Creed (Craig) aka the Mother Hen of Scuba Diving (self-proclaimed). 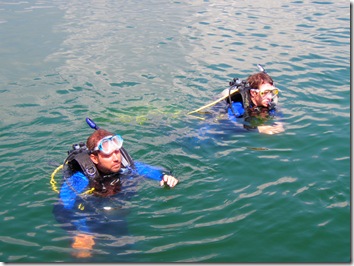